This Friday, March 11, 2016, file photo, shows the Mar-a-Lago Club, owned by President Trump, in Palm Beach, Fla. In a report published by the Government Accountability Office on Feb. 5, 2019, trips the President makes to Mar-a-Lago can cost the taxpayers about $1 million a day.
Lynne Sladky—AP
By Jennifer Epstein / Bloomberg

The federal government’s costs for the four trips included $60,000 paid directly to Trump’s Mar-a-Lago club, the Government Accountability Office said in a report released the day of the president’s annual State of the Union address.

Trump was at the Mar-a-Lago resort for portions of 14 days during the period the GAO examined from Feb. 3 through March 5, 2017.

The GAO noted in its report that it didn’t include some expenses that are classified nor did it include salaries or benefits, including overtime, for Secret Service and Defense Department personnel or other government employees traveling with the president. The salaries and benefits would be paid regardless of their duties on those days, the GAO said.

The totals include operating costs for aircraft and boats and temporary duty costs such as transportation, meals, lodging and incidental expenses, according to the report.

The Department of Defense’s costs for the Mar-a-Lago trips totaled nearly $8.5 million for a range of expenses including government and commercial airfare, the use of government-owned boats, equipment rentals, meals and hotel rooms, according to the report. The Department of Homeland Security, which houses the Secret Service, reported $5.1 million in similar expenses.

The White House didn’t immediately respond to a request for comment. The White House Counsel’s Office didn’t respond to requests for information that the GAO sent in April 2017 and January 2018, according to the report.

The GAO estimated in 2016 that a four-day trip by President Barack Obama to Chicago and Palm Beach in 2013 cost taxpayers about $3.6 million. 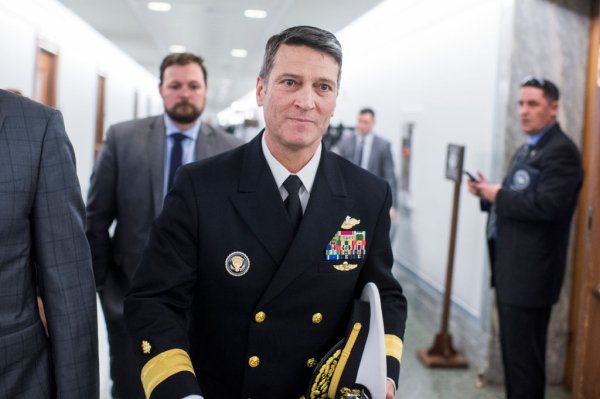