A Third of the Himalayan Glaciers Will Melt by the End of the Century, a New Report Finds

The Khumbu glacier is seen in the Solukhumbu region northeast of the Nepali capital Kathmandu on April 21, 2018.
Prakesh Mathema— AFP/Getty Images
By Casey Quackenbush

At least one-third of the Himalayan glaciers, among the world’s most vital water resources, are projected to melt by the end of the century even if the most ambitions steps to halt global warming are achieved, a new report finds.

And if nothing is done, with green house gas emissions continuing at pace, that loss could rise to two-thirds by 2100, says the report, “The Hindu Kush Himalaya Assessment.”

The 2,000-mile Hindu Kush and Himalaya range stretches from Afghanistan to China and provides a source of water that sustains more than a quarter of the world’s population, according to the report. Known as the “Third Pole” for its massive ice store, the range is home to some of the world’s largest mountains, like Everest and K2. The deterioration of these peaks and the waterways they feed could cause food and water disruption, floods and lead to mass displacement.

“This is the climate crisis you haven’t heard of,” said Philippus Wester of the International Centre for Integrated Mountain Development, who led the report. “In the best of possible worlds, if we get really ambitious [meeting climate change targets], even then we will lose one-third of the glaciers and be in trouble. That for us was the shocking finding.”

Since the 1970s, rising temperatures have already thinned the ice in the region, which is home to 240 million people, according to the report. And while temperatures rising a few more degrees may not sound dramatic, the report notes the potential devastation it could cause the vulnerable communities in the surrounding area, many of whom live on or below the global poverty threshold of $1.90 a day.

The report, prepared over five years with input from 350 scientists and researchers, aims to provide one of the first complete pictures of how warming will impact mountains and mountain communities. Prior to this report, the consequences of climate change on the region were unclear. “But we really do know enough now to take action, and action is urgently needed,” said Wester.

A landmark United Nation report published in October likewise said the impending crisis of unchecked, man-made global warming is only growing more urgent. The report found the planet could pass the 1.5°C (2.7°F) threshold at which we will start seeing the worst effects of climate change as early as 2030 if ambitious targets to cut emissions are not met. 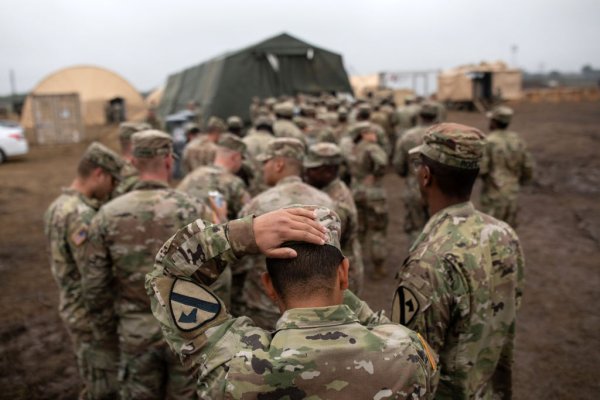 Defense Department Warns About Climate Change Impacts to Armed Forces and Bases
Next Up: Editor's Pick