Hollywood’s New Black Renaissance Is Thriving. But the Industry Still Has Work to Do

Scenes from Black Panther, Moonlight and Atlanta, part of a new renaissance of African-American creativity in Hollywood
Marvel Studios
Ideas
By Lena Waithe
Waithe is a screenwriter, producer, actor and creator of Showtime's The Chi.

What makes me optimistic today are the people trying to rip up what it means to be black and successful in Hollywood and rebuild it afresh. People like Terence Nance, the writer and director behind HBO’s Random Acts of Flyness. People like Dime Davis, who is directing four episodes of BET’s Boomerang, the TV version of a beloved movie that I’m producing. And people like Drew Michael, the stand-up comedian whose recent HBO special was almost like a therapy session; there was no audience hiding Drew and he was so vulnerable. That’s what art should be: aware of where the lines are, but coloring outside them.

Audiences are loving this new renaissance. They’re entertained, but they’re also educated. But my hope is that it no longer needs to be a renaissance, a moment or a movement. I want it to be the norm. It sometimes seems like people believe: “They have Black Panther, so they’re cool. Moonlight won best picture, so they’re good. They’ve got shows like Atlanta and Insecure, so they’re done.” But that’s not enough. White folks have everything, and we still have a lot of catching up to do. It’s too soon to be patting ourselves on the back like the problem is solved.

After all, the decision makers still don’t look like us. We’ve had a black person run the country, but never a big movie studio. Even though I’m making cool work, I still have to ask white people, “Is it OK? Do you like this enough? Do you understand this?” Until the big studio execs look like the rest of the world, that’s not going to change.

We need to find artists who are rebels—and usually the artists who are rebels aren’t the kind to raise their hands or promote themselves. We can’t count on the industry to find them. There are very few execs out there looking for the next stars and doing the roll-up-your-sleeves work of reading a bunch of scripts and talking to a lot of people to find who’s next. Until you’re hot, no one is seeking you out.

Because Hollywood already trusts me to a certain extent, I’m making it my business to find these artists. We want to give a platform for people to make cool and interesting art—and not have it go through a white filter.

We want to show young, aspiring filmmakers that there’s another way. You can push the boundaries and do something artful through a commercial lens. We can’t just create art that is going to make money and go through the audience like water. We want to make art that will stick to people’s ribs. 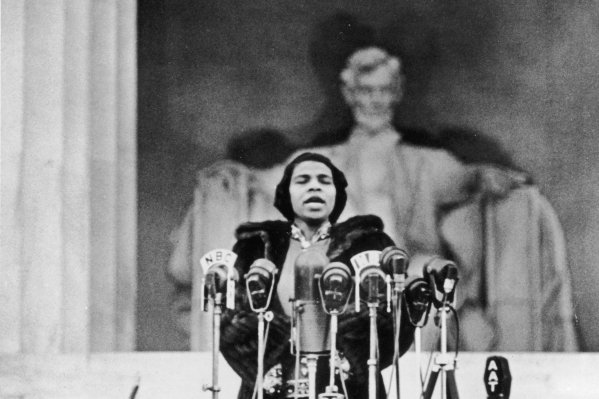 When I Need Hope, I Look to the History of Black Brilliance
Next Up: Editor's Pick