Priyanka Chopra and Sophie Turner celebrated Super Bowl 53 together in a winter wonderland and they may have settled the Coors vs. Budweiser beer debate once and for all. The two actresses joined their Jonas Brothers beaus for a day of football, drinking and fun, seeming to take advantage of last week’s polar vortex.

Chopra, who married Nick Jonas in December, tweeted an adorable photo of her Super Bowl squad in the snow. Finally done filming Game of Thrones, Turner, who is dating Joe Jonas, also shared the shot on her Instagram. “Super Bowl Sunday ready with a Coors Light tower and built in chairs,” Turner captioned her post.

It’s not the first time Chopra and Turner have watched sports together. The two Jonas boys and their significant others went on a double date to the U.S. Open in September.

But the day wasn’t all boring—beers were tossed and snow-fight shenanigans ensued.

Though Jonas and Chopra were surrounded by friends, they had their moments of newlywed romance. The actress shared a more intimate photo of the couple cozying up on the couch. 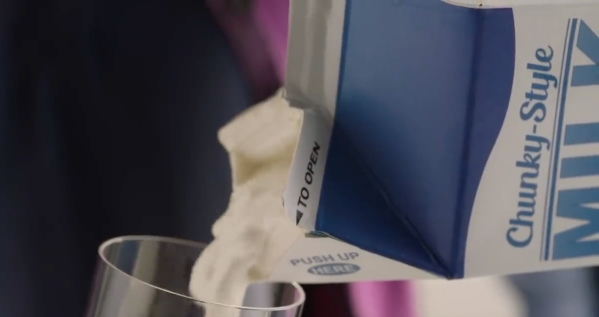 'I Would Run It Again.' Mint Mobile Explains Its 'Chunky-Style Milk' Super Bowl Commercial Tactics
Next Up: Editor's Pick