President Donald Trump has appointed Rear Admiral Ronny Jackson to be his chief medical adviser and assistant, according to an announcement issued Saturday.

The decision comes months after Jackson, who has served as a White House physician since 2006, withdrew his nomination to lead the Department of Veterans Affairs in April 2018. The withdraw came after mounting allegations of professional misconduct against Jackson, including claims of drinking on the job and overprescribing drugs like Ambien.

He was also accused of wrecking a government vehicle at a Secret Service going-away party while under the influence of alcohol. The allegations led to a Pentagon investigation, during which Jackson returned to the White House’s medical unit as a staff physician, according to CNN.

In a statement at the time, Jackson described the allegations as “completely false and fabricated.”

In an interview on Fox and Friends in April, Trump blasted Democrats for putting forward the allegations against Jackson.

The Pentagon is continuing to investigate Jackson’s alleged professional misconduct.

Jackson’s new appointment also comes shortly after the President’s decision to re-nominate him for a second star in his military rank after the previous congress failed to act on his nomination.

Last year, Jackson led the medical team that conducted Trump’s physical exam. He then said the President was in excellent health and has “incredibly good genes,” according to the Associated Press. 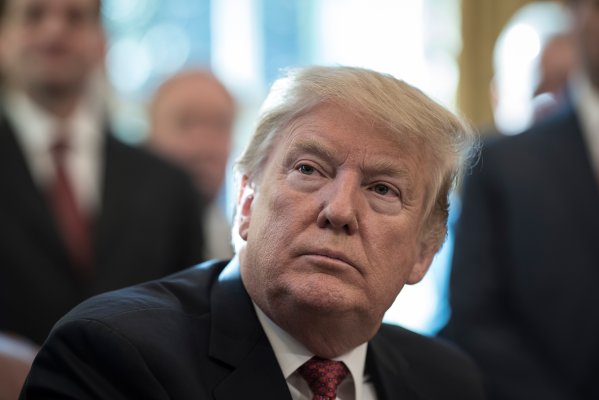 Inside President Trump's Troubled Intelligence Briefings
Next Up: Editor's Pick