Apple Apologizes For FaceTime Bug, Says Fix Due Next Week

In this photo illustration, the FaceTime application logo is displayed on the screen of an Apple iPhone on Jan. 29, 2019 in Paris, France. An important security vulnerability has been discovered on FaceTime that lets people listen into others conversations without contacting them.
Getty Images
By Mark Gurman / Bloomberg

(Bloomberg) — Apple Inc. apologized for a bug that let users of its FaceTime video-chat service listen in on people they contacted even before the person accepted or rejected the call.

The iPhone maker said it has fixed the flaw on its servers and will roll out an update to Apple’s iOS operating system next week.

“We sincerely apologize to our customers who were affected and all who were concerned about this security issue,” Apple said in a statement released to several media outlets. “We appreciate everyone’s patience as we complete this process.”

Cupertino, California-based Apple mitigated the problem on Monday by remotely disabling Group FaceTime, but will need to release the software update for it to work properly again without the bug. Apple said at the time that an update would be available this week.

The bug was a black eye for Apple, which has made privacy and security key selling points for its devices. Earlier this week, Apple temporarily pulled important app-development tools from Google and Facebook after deciding the two companies broke its rules in monitoring users’ web traffic.

In an era when technology companies are coming under increasing scrutiny for privacy violations, New York officials seized on Apple’s disclosure and said they will investigate the company’s failure to warn consumers about the bug and its slow response.

For years, Apple allowed outside app developers to access, store, share, and sell users’ contact data, often without the consent of those people. Apple quietly closed that closed that loophole last year.

Group FaceTime calling was a key feature in last fall’s iOS 12 software update, which comes with the latest iPhones and iPads. 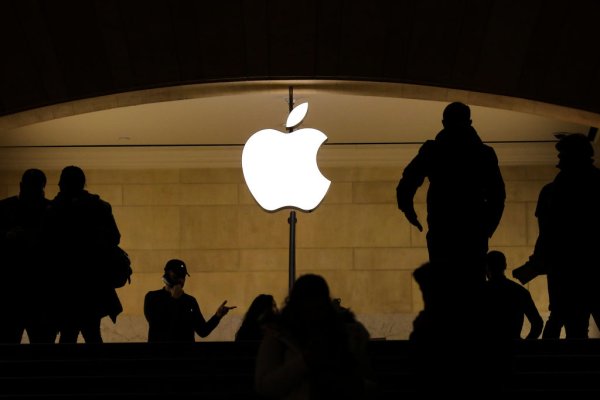 Apple Outlook Suggests Stability After Punishing End to 2018
Next Up: Editor's Pick