Sen. Bernie Sanders to Propose an Estate Tax Up to 77% on Wealthy

Sen. Bernie Sanders speaks during a press conference at the U.S. Capitol on Jan. 30, 2019 in Washington, D.C. Sanders is expected to propose an estate tax on Jan. 31 on wealthy Americans with rates up to 77%.
Win McNamee—Getty Images
By Arit John and Laura Davison / Bloomberg

(Bloomberg) — Independent Senator Bernie Sanders is proposing to expand the estate tax on wealthy Americans, including a rate of as much as 77 percent on the value of estates above $1 billion.

Sanders of Vermont, who’s considering a second run for president, said in a statement that his plan would apply to the wealthiest 0.2 percent of Americans. It would set a 45 percent tax on the value of estates between $3.5 million and $10 million, increasing gradually to 77 percent for amounts more than $1 billion. The current estate tax kicks in when an estate is worth about $11 million.

The legislation would raise up to $2.2 trillion in taxes from the families of all 588 billionaires in the U.S. with a combined net worth of more than $3 trillion, according to a summary of the plan.

Sanders’s plan comes as potential Democratic challengers to President Donald Trump eye progressive tax ideas intended to reduce income inequality. Senator Elizabeth Warren of Massachusetts has proposed an annual 2 percent tax on households worth more than $50 million. Sanders, who ran in the Democratic primary against Hillary Clinton in 2016, hasn’t yet said whether he’ll run in 2020.

The estate tax exemption was $3.5 million as recently as 2009. The 2017 GOP tax overhaul increased the exemption to $11 million through 2025, and some Senate Republicans are renewing an effort to repeal the tax entirely.

While Sanders and Warren represent one approach to reducing income inequality –- breaking up concentrations of wealth among top earners –- other Democratic candidates are directing their efforts toward the lowest income brackets.

Polls show that voters are becoming more receptive to the idea of increasing taxes on the wealthy. Freshman Democratic Representative Alexandria Ocasio-Cortez of New York floated a 70 percent top tax rate on incomes of $10 million or more, an idea that 59 percent of people supported in a Hill–HarrisX poll conducted Jan. 12-13.

The Sanders plan would nearly double the estate tax liability’s that some of the wealthiest Americans would owe under current law, according to calculations released by the senator along with details of the proposal. Amazon.com Inc. founder Jeff Bezos, the world’s richest man, would owe $101 billion based on his current net-worth, up from $53 billion. Facebook Inc. founder Mark Zuckerberg’s estate tax liability would jump to $41 billion from $22 billion.

The Sanders legislation would also end tax breaks for so-called dynasty trusts, estate planning tools that’ve gotten more popular under Trump’s tax law, which increased the exemption to about $22 million for a couple.

Dynasty trusts can be funded with cash, stock or other assets, and structured to pay each generation only some of the trust’s proceeds while the rest of the money grows free of estate and gift taxes. With the right planning, a trust funded up to the maximum $22.4 million tax exemption can wind up being worth far more than that.

In his plan, Sanders is including a special break for farmers, allowing them to reduce the value of their land by as much as $3 million to reduce or completely eliminate the amount of estate tax they owe. Critics of the estate tax have said land-rich, cash-poor family farmers are hurt by the tax because they don’t have the liquidity to pay the tax. However, the tax hits relatively few family-owned businesses and farms — about 80 in 2017 — according to the Urban-Brookings Tax Policy Center.

The estate tax exemption has been a favorite lever for Congress to adjust in recent tax legislation. The current roughly $11 million exemption for an individual has risen from $650,000 two decades ago. The winners can end up being estate tax advisers as they continually make adjustments to their client’s plans.

“The more you muck around with the exemption amount, the more you mobilize the estate planning industry and pull money into it,” said Kyle Pomerleau, an economist at the Tax Foundation, a Washington-based research group. “People will continue to shift their affairs around to game the exemption changes.” 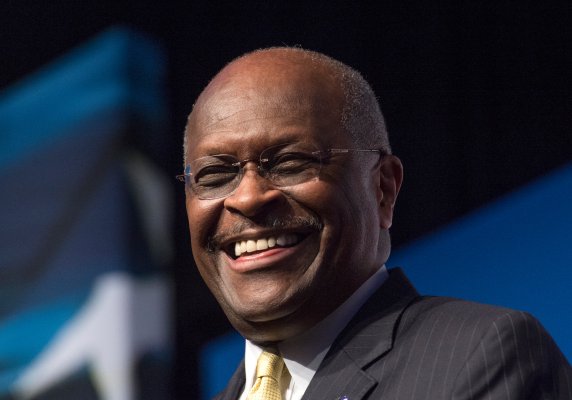