“Bots and other fake accounts have been running rampant on social media platforms, often stealing real people’s identities to carry out fraud,” said Attorney General Letitia James. “We are sending a clear message that anyone profiting off of deception and impersonation is breaking the law and will be held accountable.”

James investigated Colorado-based companies that she said had generated about $15 million in revenue by selling fake endorsements. Between 2015 and 2017, the now-defunct Devumi LLC and other entities owned by founder German Calas made some 250,000 sales for engagement on social media platforms including LinkedIn, Pinterest, SoundCloud, Twitter, Vimeo and YouTube, she told Reuters.

The settlement did not say whether the customers, including actors, athletes and politicians, did anything illegal.

James’ settlement bars similar activity in the future and prevents Calas from publicly denying the probe’s findings, according to Reuters. 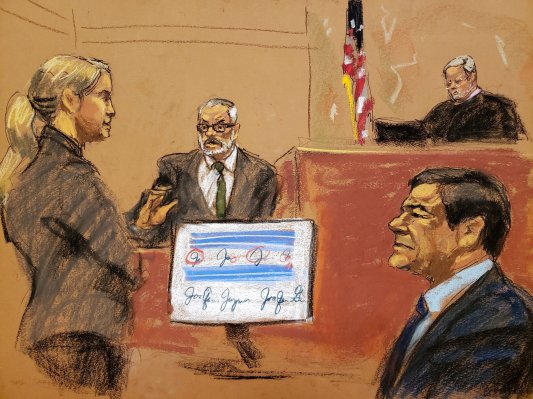 'Do Not Let Him Escape Responsibility.' Prosecutors End Closing Arguments in El Chapo Trial With a Plea
Next Up: Editor's Pick