A study published in the New England Journal of Medicine Wednesday put to the test a major claim made by e-cigarette makers when the devices first emerged: that electronic cigarettes, which don’t burn tobacco but do still provide a hit of nicotine, can help cigarette smokers to kick the habit.

But the e-cig users were also more likely to still be using their devices at one year compared to the nicotine replacement users — 80% compared to 9%.

Those findings could be interpreted in different ways, says the study’s lead author, Peter Hajek, professor of preventive medicine at Queen Mary University of London. On one hand, they could be seen as confirming the effectiveness of e-cigs in helping smokers stay off cigarettes. On the other hand, since e-cigs still expose users to nicotine, the results could be perceived as simply keeping smokers addicted to nicotine, just in a different form.

Hajek points out that the group studied were regular smokers, so the fact that e-cigs helped them to kick their cigarette habit is positive for their health.

“For us the lung disease, heart disease and emphysema to which smokers are at risk are important,” he says. “We are talking about smokers who otherwise are going to get these horrible diseases and now won’t get them. For us, the fact that they are now vaping is problem solved.”

That perspective isn’t widely held in the U.S., he says. In Europe, the exposure to cigarette smoke, from burning tobacco, is the primary health concern with cigarettes, since it contributes to lung cancer, emphysema and smoking-related health problems. In the U.S., there is equal concern about exposure to nicotine, which can be addictive and, especially for teens, negatively affect brain development. That’s why in 2016 the Food and Drug Administration included e-cigs in its regulation over tobacco products, and prevents the sale of e-cigs, as well as cigarettes, to minors. (In 2018, the agency acted on its policies, sending warning letters and fines to 1,300 retailers who sold e-cigs to minors.)

Hajek admits that teen use of e-cigs could lead to adverse health effects, and that the data on the health effects of nicotine from e-cigs isn’t very robust. Most studies have only analyzed people who used the devices for about two years. Long-term studies may still reveal negative health effects.

But Hajek’s results found that, in the short term at least, e-cigs may help current smokers to give up cigarettes and potentially lower their risk of tobacco-related smoking health risks. 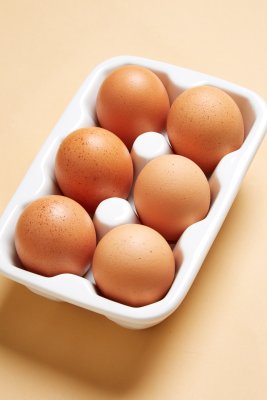 Is Breakfast Really Good For You? Here’s What the Science Says
Next Up: Editor's Pick