The chilly temperatures have led to an unusual invasion in a neighborhood in Minneapolis of around a hundred pairs of disembodied frozen pants.

Grotting, the co-owner of digital equipment company Digital Pictures, Inc., says that he came up with the idea to freeze the pants during another Arctic blast about 6 years ago.

When the temperature gets this cold, Grotting says, “Life doesn’t exactly stop but it sort of slows down. When it lasts a couple days you can go stir crazy, so your mind thinks of things to do.”

He says that he suspects some of the inspiration came from his childhood. His parents used to hang clothes outside to dry, and he always found it entertaining to see them freeze in funny shapes.

When he first got the idea he had hoped to embarrass his children, who he says were at “eye-rolling age.” His daughter, Ava (now 19) was “just mortified,” Grotting says, but his son, Cole (now 22) took to the idea. Now that Cole is away at college, he has started setting up his own display of frozen pants.

For the past two years, many of Grotting’s neighbors have started putting out their own pants. The hashtag #frozenpants has started to pop up on Facebook and Twitter as his neighbors – and other Minnesotans – create their own pants art.

Grotting says that he’s honed his skills over the last few years. To protect his own pants, he buys size 54 men’s jeans from the dollar store. This year, he also froze a tuxedo that had belonged to his college roommate.

“It doesn’t quite hold the water like the jeans,” Grotting says.

The original version of this story misstated the name of Tom Grotting’s company. It is Digital Pictures, Inc., not Digital Creations. 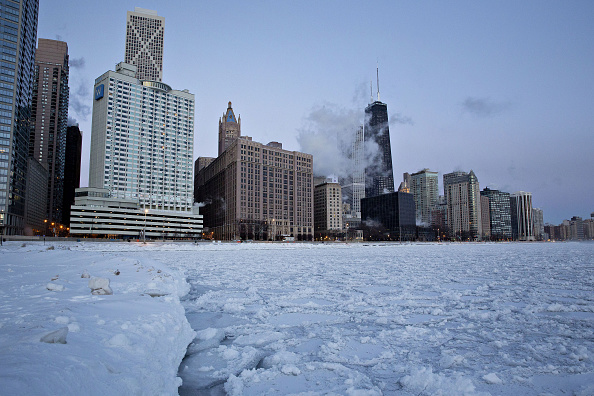 Frigid Midwesterners Are Putting the Extreme Cold to the Test by Throwing Boiling Water in the Air
Next Up: Editor's Pick