Jake Gyllenhaal Is Here to Be an Official Pronunciation Police Officer

As anyone who has ever written anything on the internet knows, the world is filled with Grammar Cops who love to tell you about how you misused the word “whom” (a word that Calvin Trillin noted is a word “that was invented to make everyone sound like a butler.”) Now, Pronunciation Police are joining the Grammar Cops of the world all thanks to Jake Gyllenhaal, who just publicly reminded his own director for daring to mispronounce the word “melancholy” in front of him.

It all started when the 38-year-old actor was at the Sundance Film Festival promoting his new film Velvet Buzzsaw in an interview with The Hollywood Reporter along with director Dan Gilroy. Gilroy was discussing the performance by Gyllenhaal’s co-star, Rene Russo, and how he wanted to show a new side of the star, because the actress (who is also Gilroy’s wife) has many sides that “haven’t been shown on film.”

“I wanted the world to see them: Soulful, spiritual. She has a touch of melancholy once in a while,” he said. However, he pronounced the word as “meh-lank-lee,” which was too much for self-appointed Pronunciation Police Officer Gyllenhaal to abide.

“It’s melancholy, Dan,” the star said, cutting off the director.

“That is not the first time today,” Gyllenhaal noted, throwing a little more grammar shade Gilroy’s direction and practically rolling his eyes at the man who also directed him in Nightcrawler.

The real question arising from this clip, though, is: Is it too late for Gyllenhall to be considered for an Oscar for this performance?

You can watch the entire clip, in all its glory, here. 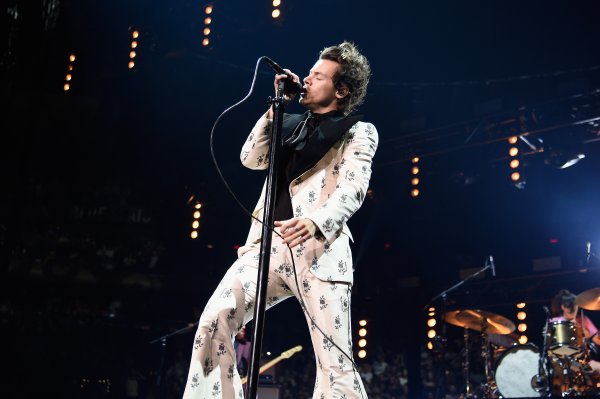