By Casey Quackenbush and Tara Law

Two suspects are dead and five police officers were injured in a gunfire exchange in Houston on Monday, police say.

The suspects were killed amid a shooting that erupted while a narcotics team attempted to serve a search warrant in a southeast Houston neighborhood, Police Chief Art Acevedo said in a Monday night briefing. He added that black tar heroin was being sold at the residence.

According to Acevedo, the gunfire began when the officers forced the home’s door open.

“We’re not sure how many other suspects fired at this time,” he said.

Four of the officers sustained gunfire wounds, while a fifth was also injured on the scene. Two officers who were hit in the neck are in “critical but stable condition,” according to Acevedo. The other three are expected to make a full recovery.

No further details were provided about the suspects, including an alleged third that ABC 13 reported had barricaded himself inside the residence.

As of Monday evening, the Houston Police said the residence at 7800 Harding remains an active crime scene, with a SWAT team working to make sure no one else is inside the location.

Texas Gov. Greg Abbott called the incident a “horrific attack” in a statement on Monday night.

“The city of Houston and the Houston Police Department will have whatever state resources they need to bring swift justice to those involved,” he said. 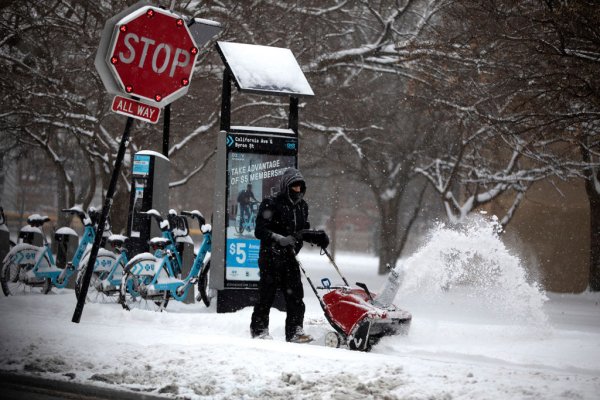 How Minnesotans Are Preparing for Very Cold Weather
Next Up: Editor's Pick