Poll: Majority of Americans Say the U.S. Is Headed in the Wrong Direction Under President Trump

(Bloomberg) — A sizable majority of Americans say the U.S. is headed in the wrong direction under President Donald Trump, according to an NBC News/Wall Street Journal poll taken before the 35-day partial government shutdown ended on Friday.

“Wrong track,” “disarray,” “turmoil,” “polarized,” “concerned,” “shambles” and “declining” were some of the answers given by respondents when asked to sum up their feelings on the state of America, NBC said on Sunday.

Only 28 percent of respondents said the U.S. is headed in the right direction — the lowest percentage on that question during Trump’s term. By contrast, 63 percent believe the country is on the wrong track, tied with December 2017 for the highest since Trump took office.

“Times are grim,” said Democratic pollster Peter Hart, who conducted this survey with Republican pollster Bill McInturff. “The shutdown is front and center.”

Trump’s numbers have been essentially unchanged over the two years of his presidency, and the ups and downs of the news cycle — including the monthlong shutdown — has done little to change public attitudes, the poll showed.

“This poll looks a lot more like our December data than in October 2013,” when the Republican Party’s popularity plummeted during a prior government shutdown, said McInturff.

Other recent national polls showed a slight declined in Trump’s approval rating during the government shutdown. A RealClearPolitics average puts the president’s approval at 41.2 percent, broadly in line with the NBC/WSJ result.

Just one-third of respondents said they were “extremely” or “quite” confident that Trump has the right set of goals and policies as president, a figure essentially unchanged in the past two years.

The president got the highest mark, 43 percent, for being “direct and straightforward” in communicating with the American people. The author of “Trump: The Art of the Deal” was seen as a good negotiator by 36 percent. 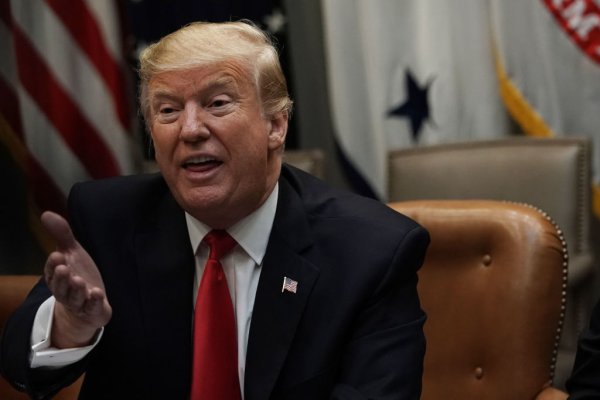