Bill Hader showed off not only an uncanny impression of Saturday Night Live creator Lorne Michaels but a killer sense of humor during an appearance on Conan on Thursday.

The comedian and Barry star and host Conan O’Brien shared a moment reminiscing on how most SNL alumni have an impression of Michaels, however, Hader soon revealed that his impression lent itself to a darker humor.

After disclosing that Fred Armisen had noticed that Michaels rubs his eyebrow and eye area in faux nonchalance when name-dropping his many famous friends, Hader gave his hilarious and slightly morbid spin on an impression of Michaels. While rubbing away at his eyebrow, Hader casually named serial killers as Michael’s well-known associates, name-dropping notorious figures such as Jeffrey Dahmer, Ted Bundy and the BTK Killer, whom Hader, in character as Michaels, chided friends telling them: “You know, his names’s Dennis.”

As might be expected, the results were side-splittingly funny. See Hader as Lorne Michaels in the clip below. 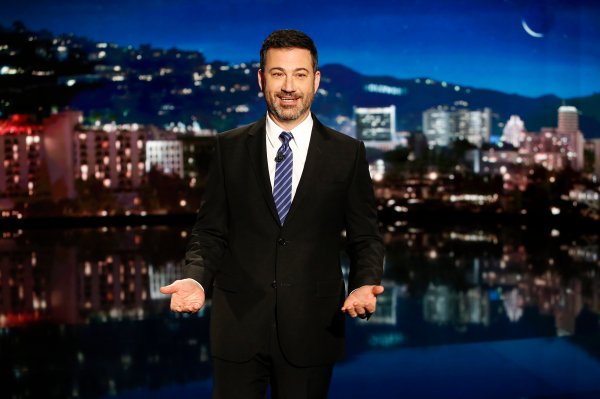 Trump Said He Didn't Have Temper Tantrums and Jimmy Kimmel Took It From There
Next Up: Editor's Pick