George Soros Says the Cold War Between the U.S. and China Could 'Turn Into a Hot One'

Investor and philanthropist George Soros delivers a speech on the sideline of the World Economic Forum annual meeting, in Davos, Switzerland on Jan. 24, 2019.
Fabrice Coffrini—AFP/Getty Images
By Casey Quackenbush

The world’s two largest economies, China and the U.S., are locked in a “cold war that could soon turn into a hot one,” warned Democratic billionaire investor and philanthropist George Soros at the World Economic Forum in Davos, Switzerland.

The comment was made at a private dinner on the sidelines of the summit, CNBC reports, against the backdrop of a trade war between the U.S. and China that continues to slow worldwide economic growth.

Soros, a vocal critic of President Donald Trump, criticized the administration’s policy toward China, saying its labeling of Beijing as a “strategic” competitor in late 2017 was “too simplistic.”

“An effective policy towards China can’t be reduced to a slogan. It needs to be far more sophisticated, detailed and practical; and it must include an American economic response to the Belt and Road Initiative,” he said, referring to Beijing’s global trade and infrastructure strategy.

“Regrettably, President Trump seems to be following a different course: make concessions to China and declare victory while renewing his attacks on U.S. allies. This is liable to undermine the U.S. policy objective of curbing China’s abuses and excesses,” he said.

“The reality is that we are in a cold war that threatens to turn into a hot one.”

Chinese Vice Premier Liu He will travel to Washington at the end of the month to revisit trade negotiations with U.S. officials. 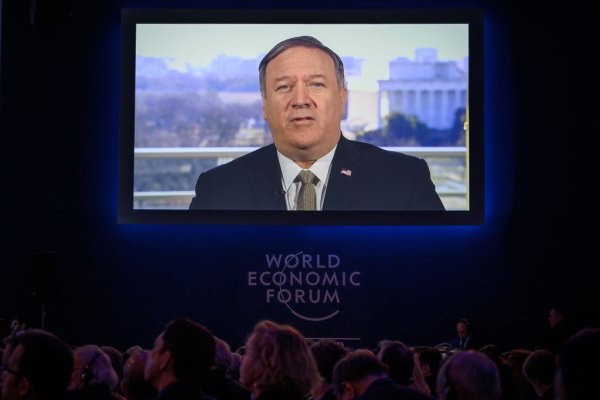