An Indiana school superintendent who allegedly used her own insurance to get a sick student medical attention has been arrested and charged with insurance fraud.

Casey Smitherman, who is superintendent of Elwood Community Schools 45 miles north of Indianapolis, was charged with insurance fraud, identity deception and official misconduct – all felonies – on Tuesday. She was later released on $500 bail, court records show.

Smitherman allegedly went to the home of a 15-year-old student who had missed school and noticed that he was suffering from strep throat. After the student was refused treatment at a clinic, Smitherman took matters into her own hands and took the teen to another clinic where she checked him in under her son’s name, WISH-TV reported. She then filled a prescription for the antibiotic amoxicillin for him – also in her son’s name, according to court documents.

Smitherman told police that she said she had previously bought the boy clothes and helped him to clean his home, WISH-TV reports. A claim for the medical visit was valued at $233.

Smitherman said in a statement published by Fox 59: “I am committed to this community and our students, and I regret if this action has undermined your trust in me. From the beginning, my ultimate goal has been to provide the best environment for Elwood students’ growth physically, mentally and academically, and I remain focused on that purpose.”

In a Wednesday statement, Smitherman said she plans to enter a diversion program, which would lead to the dismissal of the charges if she is not arrested again for the rest of the year.

The school board president issued a statement, saying “Dr. Smitherman has tirelessly worked for the best interests of all students in Elwood Community Schools since she was hired. She made an unfortunate mistake, but we understand that it was out of concern for this child’s welfare.” 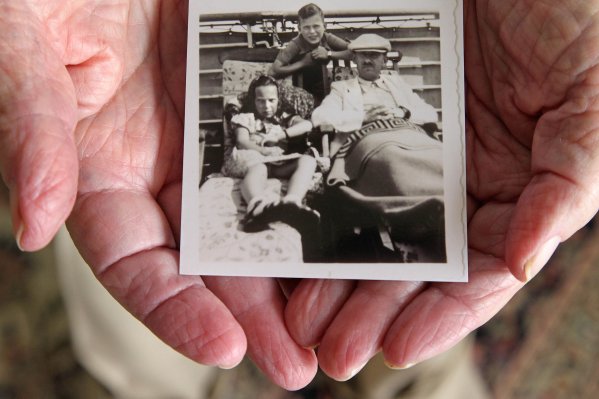 Study Reveals Just How Much—And How Little—Canadians Really Know About the Holocaust
Next Up: Editor's Pick