D.C. Is Still Divided Over the Shutdown. But Celebrity Chef José Andrés Briefly Bridged the Gap

Washington remains divided along partisan lines on the partial government shutdown, but celebrity chef José Andrés briefly brought both sides together at a soup kitchen for furloughed workers.

Democratic Rep. Joe Kennedy III of Massachusetts and Republican Rep. Will Hurd of Texas worked together at Andrés’ nonprofit #ChefsForFeds initiative to feed federal workers not receiving a paycheck during the shutdown.

In a photo provided exclusively to TIME, Andrés posed with the two lawmakers as they prepped food.

“And I hope we get more and more to come to break bread together and serve the people that the government is supposed to be serving,” he told TIME in an email. “We need longer tables, not higher walls!!”

In a video posted on Twitter Tuesday night, Andrés said the nonprofit was planning to open 30 more kitchens in 12 states, as well as in Puerto Rico and D.C., to feed federal workers who aren’t being paid.

This is not Andrés’ first encounter with politics or charity.

After he backed out of a lease to run a restaurant inside the Trump International Hotel in D.C. over Trump’s campaign remarks on immigration, the chef was embroiled in a nearly two-year legal fight with the Trump Organization, which was settled on undisclosed terms.

After Hurricane Maria struck Puerto Rico in 2017, Andrés ran 18 kitchens on the island to serve stricken residents, which he later wrote about in “We Fed an Island.” 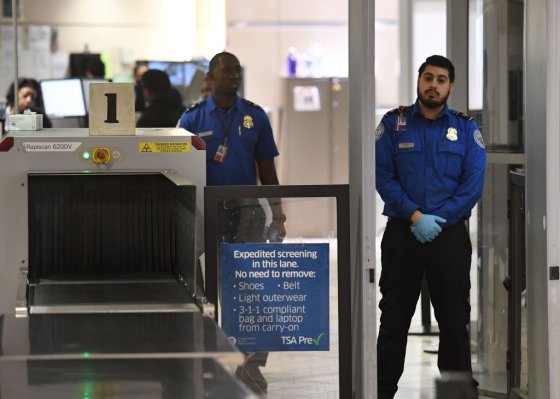 How to Deal With Travel Delays Caused by the Shutdown
Next Up: Editor's Pick