Cohen’s family, including his wife, children and in-laws, encouraged him to postpone the appearance after calls by Trump and his lawyer Rudy Giuliani to investigate Cohen’s father-in-law, according to Cohen’s lawyer and spokesman Lanny Davis.

“The president has terrorized someone who wanted to tell the truth before Congress,” Davis said Wednesday.

Cohen was scheduled to testify before the House Oversight Committee in a public hearing on Feb. 7.

Trump, asked Wednesday whether he’d threatened Cohen, told reporters at the White House, “I would say he’s been threatened by the truth.”

House Oversight Chairman Elijah Cummings told reporters that members have “made it abundantly clear that we protect whistle-blowers and we protect witnesses.” Asked if Cohen would be subpoenaed to testify, the Maryland Democrat said that will be decided soon “but we will get the testimony as sure as night becomes day and day becomes night.”

Trump, who has called Cohen a liar and “rat,” said in a tweet on Jan. 18 that Cohen is “Lying to reduce his jail time! Watch father-in-law!”

Cohen has pleaded guilty to nine felonies and is due to turn himself in on March 6 to begin serving a three-year prison sentence. Cummings, the committee chairman, said Congress can get Cohen from prison to testify, if need be.

Cohen has said Trump directed him to break campaign finance laws by paying hush-money payoffs to two women and and that he lied to Congress to hide that negotiations to build a Trump tower in Moscow continued well into the 2016 presidential campaign.

While the House committee would have to steer clear in an open hearing from issues potentially still under investigation by Special Counsel Robert Mueller, leaders of the House and Senate Intelligence Committees have said they want to hear from Cohen separately in closed sessions.

Cohen friend Donny Deutsch, an advertising executive, said that Cohen has been increasingly worried that Trump would retaliate against him by further attacking his family if he testified.

“He was panicked. He was like ‘he’s going after my father-in-law. Are my children next?’” Deutsch said on MSNBC on Jan. 18. Deutsch said Cohen told him “you have no idea what this man is capable of.” 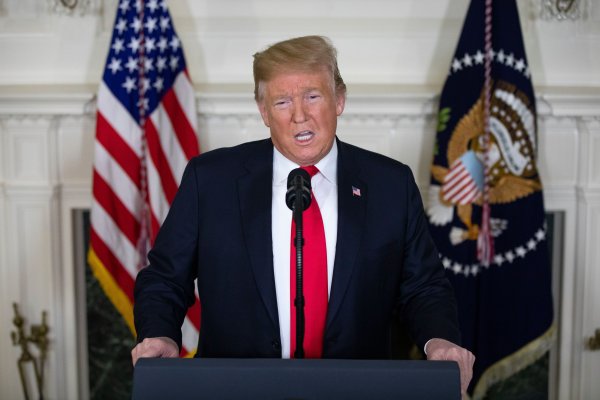 Still No End in Sight
Next Up: Editor's Pick