Why This Indiana Mayor Believes He Can Run for President

When Americans have looked to change the status quo in Washington, they’ve often turned to governors like Jimmy Carter, Ronald Reagan and George W. Bush, who could boast an executive record while also being clear of recent national controversies.

Are they now ready to consider mayors?

On Wednesday, Pete Buttigieg, the 37-year-old Democratic mayor of South Bend, Indiana, announced that he would be forming an exploratory committee for a 2020 presidential run, boasting of his record in reviving the Rust Belt city.

“The reality is there’s no going back, and there’s no such thing as ‘again’ in the real world. We can’t look for greatness in the past,” Buttigieg said in an announcement video.

But experts say that the moment may be right for mayors to make a bid for the White House.

For one thing, the success of Barack Obama, just a few years out from being a state lawmaker, and Donald Trump, who had no prior political experience, show that voters are more open to candidates who in the past might not have been considered experienced enough.

In fact, that may be an advantage.

“We’ve had this decades long slow erosion of trust in government, dating back to the 1960s,” says Marc Hetherington, a University of North Carolina political science professor who studies polarization and trust in politics. “When people have had low levels of trust over a long period of time, it makes sense that people are going to look for something other than national politicians.”

The mayors who are running or considering a run are citing their experiences making decisions at the local level.

After former New Orleans Mayor Mitch Landrieu drew praise for a 2017 speech about removing Confederate statues in his city, he went on a media tour last year for his new book “In the Shadow of Statues: A White Southerner Confronts History.” Los Angeles Mayor Eric Garcetti has visited Iowa, an important early state in the Democratic primaries, and recently jumped into mediating the massive Los Angeles teacher strike. “I could do things other people weren’t able to do,” he told the New York Times this week, explaining how he took charge of the situation.

Mayors have also become more marketable due to the recent turnaround in the reputation of U.S. cities.

When structural reforms to the presidential election process in the 1970s allowed modern “outsider” candidates to flourish, mayors would have been the last people throwing their hats in the ring, according to Bruce Schulman, an American history professor at Boston University.

But with the federal government facing gridlock and many states struggling, mayors are now seen as the heads of a successful part of government.

“Mayors are really seen as the face of the problem solvers,” says Bruce Katz, co-author of “The New Localism: How Cities Can Thrive in the Age of Populism.” “Cities have become the main problem solvers, not just in the United States, but around the world. It’s not just because the national governments have gone AWOL but it’s really because cities are networks, they’re not governments.”

Katz says mayors know how to bring together different stakeholders from the public and private sectors, from universities, and from other community organizations, to accomplish specific goals in their towns. “There’s a familiarity with how to get things done in the real world that I think has enormous attraction right now,” he says.

While trust and approval for federal officials is near all-time lows, the opposite is true at the local level. More than two-thirds of U.S. adults in a Pew Research survey last year had a favorable opinion of their local government, compared to 35% for the federal government, and 73% of people said the quality of candidates running for local office in recent elections has been good.

Serving as mayor has long been a steppingstone to higher political office. Senators such as Tennessee Republican Bob Corker and Democrat Dianne Feinstein of California served as mayors earlier in their careers. Julián Castro, who is running for president in 2020, served as mayor of San Antonio before joining the Obama Administration. And former Colorado Gov. John Hickenlooper and Sen. Cory Booker, both of whom are on likely 2020 contender lists, also rose from being mayors in their areas.

The financial barriers to a mayor running for president also seem to weakening. Democrats are increasingly rejecting corporate PAC money, and with the example of Vermont Sen. Bernie Sanders’ 2016 campaign, a mayor like Buttigieg may have plenty of reason to plan on fundraising from many small-dollar donors. To make it through primary season, Democratic candidates will need to excite the party’s progressive, urban base, and running as a leader from a place like that could help in a way that may not have been true in the past.

As everyone prepares for the first presidential election after Trump’s 2016 upset, experts note that politicians at all levels are still adjusting to the current reality.

“Things that might have in another era looked impossible to the mayors themselves, they don’t think it’s impossible any more,” says Hetherington of UNC. “This type of environment causes people to take them seriously. But it also causes them as mayors to think ‘Why not me?’” 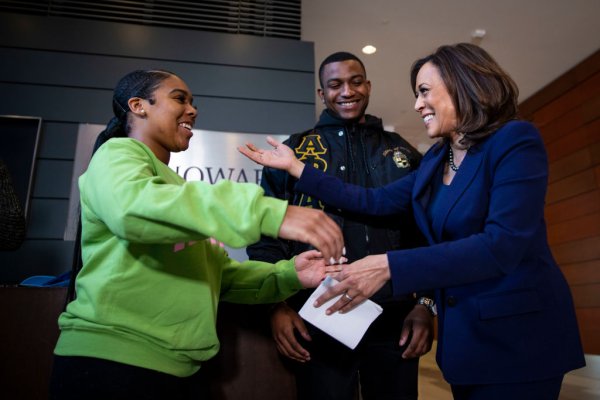