Weeks Into Shutdown, More TSA Agents Are Calling Out Sick

About 10% of TSA airport security agents called in sick on Sunday, compared to about 3.1% on the comparable day a year ago, the agency wrote in a statement.

Over the past week, travelers have begun to feel the effects of the partial government shutdown. Certain airports have had longer-than-usual wait times, and some airports – including George Bush Intercontinental Airport in Houston – have been forced to close checkpoints in response to TSA workers calling out. Nevertheless, on Sunday the majority of airports had wait times of less than 30 minutes.

However, more TSA agents – who are working without pay – appear to be calling out sick as the shutdown goes on. According to the agency, “Many employees are reporting that they are not able to report to work due to financial limitations.”

Patrick Hogan, a spokesperson for the airport in Minneapolis, says that he believed that the call-outs were not a significant problem at his airport yet. Hogan said that the longer-than usual wait times were instead caused by a special program that had added extra flights to the airport’s schedule yesterday,

However, Hogan says that he is concerned that the situation will only worsen over time. The economy is strong, Hogan says, and in recent months many TSA agents have already quit to pursue other careers.

“It’s not a sustainable situation. At some point TSA workers won’t be able to afford childcare to come to work, and they’ll have to look for other jobs,” Hogan says.

Wait times at the nation’s other large airports were considerably brisker. The TSA said that of the 1.78 million passengers who passed through airport security yesterday, 99.9% waited less than 30 minutes and 93.1% waited less than 15 minutes.

The TSA recommends that passengers continue to check airport wait times while planning for a flight and continue to arrive at airports early.

A previous version of this story misstated the location of George Bush Intercontinental Airport. It is in Houston, not Dallas. 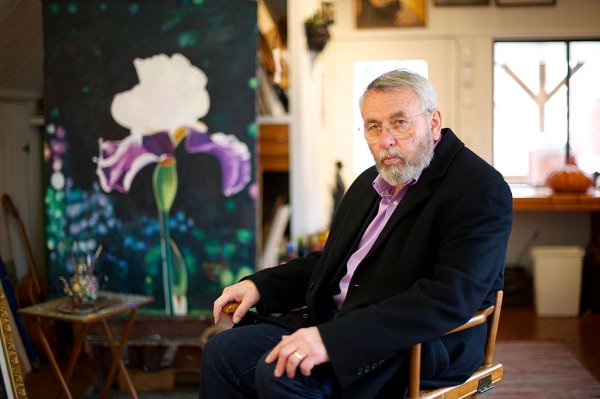 Ex-CIA Spy Who Inspired 'Argo', Dies at 78
Next Up: Editor's Pick