US Senator Lindsey Graham holds a media conference at JW Marriott Hotel in Ankara, Turkey on January 19, 2019. He claims that the government shutdown in the U.S. could end "in a couple of weeks".
Anadolu Agency—Getty Images
By Cagan Koc / Bloomberg

(Bloomberg) — Senator Lindsey Graham said a deal to end the partial U.S. government shutdown now in a record 29th day could be reached “in a couple of weeks,” citing talks he’s had with congressional Democrats and Vice President Mike Pence.

“We’re at a stalemate,” Graham, a South Carolina Republican and an ally of President Donald Trump, told Bloomberg in Ankara on Saturday. “The good news: I’ve been talking behind the scenes with Democrats, and the vice president. I believe there is a deal that can be reached fairly quickly. I think this can be done in a couple of weeks, not a couple of months.”

Graham said he has been through several government shutdowns, which he said all happen to reach a policy goal.

Trump has promised a “ major announcement” on the shutdown on Saturday that may offer incentives for congressional Democrats to return to talks.

On Jan. 13 Graham said he’d like Trump to reopen the federal government on a temporary basis to see whether a deal could be reached to fund the president’s proposed wall on the U.S.-Mexico border. Trump told reporters a day later that he had rejected that idea.

Graham, a member of the Senate Armed Services Committee, was in Turkey for meetings with officials including President Recep Tayyip Erdogan.

(An earlier version corrected the length of the shutdown.) 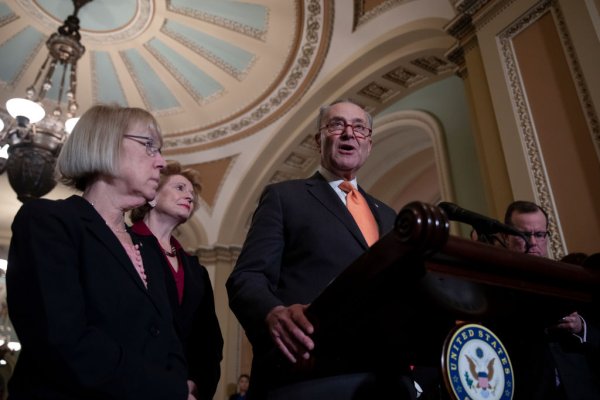 Schumer Slams Trump After 'Game of Thrones' Reference
Next Up: Editor's Pick