The Occupation of Taiwan's Parliament Ends Today, but the Struggles Do Not

Student leaders bow to supporters during a news conference at Taiwan's legislative Yuan, the island's parliament, in Taipei on April 7, 2014
Reuters
By Dan Kedmey/Taipei and Charlie Campbell

No one, not even the student protesters, expected to so thoroughly take over the island’s parliament on March 19. Once they had shattered the glass doors at the entrance and streamed by the hundreds into the voting chamber, only a thin detail of unarmed guards blocked their way. Shannon Chen, 22, didn’t find the lax security all that surprising. “Welcome to Taiwan,” she says with a shrug. In fairness, she says, no protest movement had ever attempted to occupy legislature.

President Ma Ying-jeou enraged the demonstrators three weeks ago when he decided to fast-track a vote on a trade pact with China, bypassing a parliamentary committee that was supposed to vet the terms of the agreement line by line. Demonstrators fear the deal could make Taiwan more susceptible to China’s influence.

“This thing comes from nowhere, and nobody knows what the hell is going on,” says Huang Tze-bin, a 24-year-old doctoral candidate who entered the building by scaling a ladder to a second-floor window.

Now they will hand back control of the building at 6 p.m local time on Thursday, after parliamentary speaker Wang Jin-pyng agreed to shelve debate on the bill — signed in June last year but yet to be ratified by lawmakers — until new legislation is enacted to hammer down oversight of all deals with China.

“It’s time for us to return this movement to broader Taiwan society, where we will continue the struggle,” protest leader Chen Wei-ting told an enthralled crowd.

Few would have expected such a victory.

“It was chaos,” says Shannon Chen, who moonlights as spokesperson for the encampment. The power went out. The air conditioners were shut off. Every two hours, a rumor would spread through the room that the police were returning, sending protesters scrambling toward the doors. At other times, they milled around the chamber, unsure of what to do next. “We thought we would be kicked out the first night,” says Cindy Lee, 27. “I was shocked.”

Taiwan and mainland China have been at loggerheads since 1949, when U.S.-backed nationalist forces, led by Chiang Kai-shek, retreated across the strait from Mao Zedong’s Red Army. These days, the People’s Republic is unlikely to take back Taiwan by force, but officials in Beijing still hanker after greater influence over this “renegade province” through shrewdly vitalizing business ties.

“People worry about whether there will be a reunification that subtly emerges between the two sides,” Liao Da-chi, a professor of political science at Taiwan’s National Sun Yat-sen University, tells TIME. “The issue is a political one and not really economic.”

These fears are evident in the protest art that now adorns the legislature’s walls. Wen Hsin, 21, a fine-arts student, takes a break from carving messages of defiance to point out her favorite art installation, a painting leaning against the main lectern, commemorating the takeover of the parliament three weeks earlier. “I like it because it captures the movement in history,” she says.

Tensions with authorities have dissipated since the initial occupation, largely owing to the protesters’ orderly conduct, for the most part, and an emphasis on constructive negotiations. Occupiers began organizing committees to manage not only supplies, but also medical care, security, media and even arts and crafts. “I’m like everyone’s mother,” says Lee, a media consultant who oversees the dissemination of food, water, toothbrushes, towels and any other supplies hauled into the chamber. “It’s like a summer camp.”

Despite the agreement to relinquish control, the specter of fresh conflict is never far away. No less than seven different versions of the legislative-scrutiny proposals have been put forward by the executive, students and various civil-society groups. “The contents are so different,” says Liao. “There are a lot of different opinions.”

Taiwan has seen better days, and the trade-services pact — opening 64 of Taiwan’s service sectors to China and 80 the other way — was supposed to boost a flagging economy, bringing in some 12,000 jobs, according to President Ma. Some see irrational prejudice against the world’s second largest economy jeopardizing prosperity, others deem it as the thin edge of a wedge.

“We signed several free-trade agreements with New Zealand, nobody took any action to oppose them,” says Liao. “If we put political concerns aside, [the proposed China trade pact] was certainly a benefit to Taiwan more [than the mainland].”

That is not to say sympathy for the protesters was lacking. An estimated half a million gathered in support of the so-called Sunflower Movement on April 1. An open call for lozenges, to treat sore throats from days of shouting and singing inside parliament, was met with a shipment of 100 boxes, says Lee. Distrust of China will continue to be weighed against demands for jobs and social programs, a combination that necessitates conflict. “The government still wants to pass the pact,” says Liao. “There are still a lot of struggles going on.” 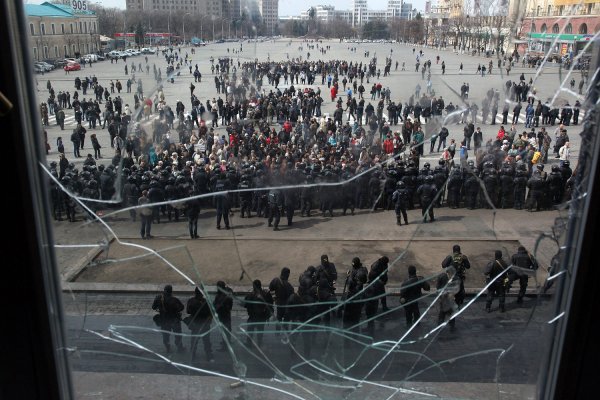