Sophie Turner’s lips may be sealed when it comes to the plot of season 8 of Game of Thrones, but it turns out her hair could be the real spoiler culprit. In an interview with InStyle that was published on Wednesday, Turner explained how Sansa Stark’s hair has mirrored her character development throughout Game of Thrones.

“The first few episodes she was a Northerner in Winterfell and took after her mother with a simple braid down the back,” she said. “Then when she went to King’s Landing it was a big, decadent halo that was very much like what [Cersei Lannister] wore. With Littlefinger, she dyes her hair black and wears all black. Then she goes back to Winterfell and returns to her mother’s hair.”

Turner went on to say that this trend will continue in season 8, with Sansa’s hair reflecting her growth into a true leader. “She created her own identity in season seven and that kind of runs through to season eight,” she explained. “She’s chosen how she wants her hair to be, and she’s finally the leader and influencer instead of being influenced by everyone else.”

Perhaps this means that Sansa won’t take so kindly to Daenerys showing up at Winterfell claiming she is the rightful heir to the Iron Throne. Is it April 14th yet? 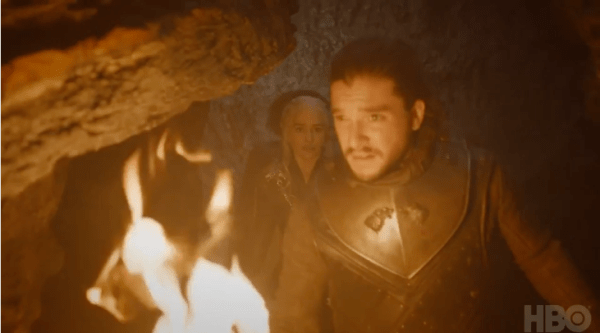