Rep. Alexandria Ocasio-Cortez’s first speech from the House floor has set a minor record with C-SPAN.

Ocasio-Cortez slammed the Trump Administration over the partial government shutdown in her remarks. A C-SPAN tweet of her nearly four-minute speech garnered 1.16 million views in a little more than 12 hours, setting a record for the most-watched Twitter video from the outlet of any remarks by a House member, according to a tweet from Howard Mortman, C-SPAN’s communications director.

In her speech, Ocasio-Cortez shared a story about one of her constituents in the Bronx who works as an air traffic controller currently missing pay due to the government shutdown.

“His job is to find solutions, analyze and adapt in real time to keep people safe in one of the busiest air spaces in the United States and the world,” she said. “And it is terrifying to think that almost every single air traffic controller in the United States is currently distracted at work because they don’t know when their next paycheck is coming.”

Ocasio-Cortez criticized President Donald Trump over the shutdown, which has been in place since December 22 after the government failed to pass a spending bill that included funding for a border wall.

“It is actually not about a wall, it is not about the border, and it is certainly not about the well-being of everyday Americans,” she said. “The truth is, this shutdown is about the erosion of American democracy and the subversion of our most basic governmental norms.” 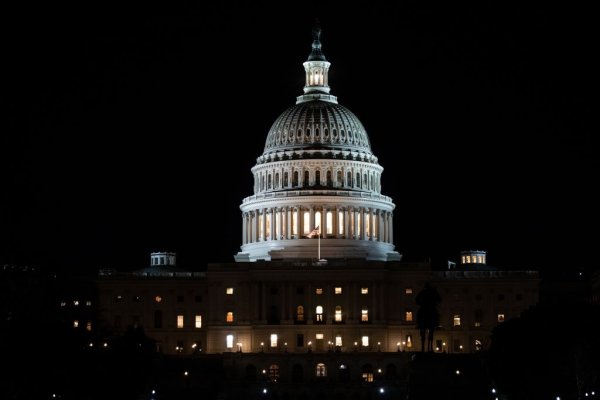 How the Shutdown Has Spurred Political Stunts
Next Up: Editor's Pick