ISIS Is Still Active in Iraq, Syria and Beyond. This Is What the Threat Looks Like Now

A member of the Iraqi forces walks past a mural bearing the logo of the Islamic State (IS) on March 1, 2017, on the southern outskirts of Mosul.
Ahmad Al-Rubaye—AFP/Getty Images
By Joseph Hincks

It had always seemed an unlikely boast. But the ISIS-claimed terror attack that killed four U.S. troops in the northern Syrian town of Manbij this week proved the hollowness of U.S. President Donald Trump’s repeated claims of victory over the militant network in Syria and Iraq.

“We have won,” said Trump on Twitter Dec. 19, days after a phone call with Turkey’s President Recep Tayyip Erdogan in which he unexpectedly agreed to withdraw U.S. troops from Syria. Vice President Mike Pence doubled down on Trump’s victory claims this Wednesday, the same day the U.S. military confirmed American soldiers were among those killed in the Manbij blast. ISIS “has been defeated,” he said in a speech at the State Department, adding that the “caliphate has crumbled.”

Read more: A Deadly Suicide Blast in Syria Shows the Battle Against ISIS Is Far From Over

While territorial losses have struck at the heart of the Islamic State, the jihadi group’s fighters are far from a spent force. “It would be reckless if we were just to say, well, the physical caliphate is defeated, so we can just leave now,” former U.S. anti-ISIS envoy Brett McGurk told journalists shortly before he handed in his resignation on Dec. 21 in protest over the troop withdrawal.

How many ISIS fighters remain in Syria and Iraq?

The most recent UN estimates put the number of ISIS militants in Syria and Iraq today at between 20,000 and 30,000, with most dispersed over territory the group no longer fully controls. That’s not many fewer than the 33,000 fighters U.S. intelligence officials estimated the group had at its 2015 peak, according to VOA.

Yet in terms of territory the Islamic State is much diminished. In late-2014—the year ISIS leader Abu Bakr Al-Baghdadi declared himself caliph—the jihadi network controlled territory in Syria and Iraq the size of Great Britain. Depicted on maps, it sprawled across the Euphrates and Tigris. But the group’s stronghold cities of Mosul in Iraq and Raqqa in Syria fell in 2017.

And after the U.S.-backed Syrian Democratic Force’s (SDF) rout of the militants from their last urban base in Hajin in December, the New York Times reported, ISIS’ physical footprint was reduced to a river valley south of the town, held by about 2,000 fighters.

A spokesperson for Britain’s Foreign and Commonwealth Office (FCO) tells TIME the global coalition against Daesh, an Arabic term for the militant network, has made huge progress since military operations began, noting the recent advances in the last area of eastern Syria it occupies. “But much remains to be done and we must not lose sight of the threat they pose,” the FCO says, “Even without territory, Daesh will remain a threat.”

What does the loss of the physical caliphate mean for ISIS tactics?

Analysts say the squeeze on ISIS’ physical footprint is likely to entail a shift from conventional to guerrilla tactics, with fighters more likely to mount the sort of small scale ambushes employed so effectively by Al Qaeda in Iraq, the group that seeded ISIS. While the U.S. military says it is still investigating this week’s deadly explosion in Majib, ISIS attributed the blast to a suicide bomber.

In fact, ISIS’ transition back towards asymmetric warfare began well before the collapse of the caliphate. A West Point study published September details the vast system of underground cave and tunnel complexes the network started constructing in northern Iraq.

Analysts warn the group will continue to assert itself beyond the Levant. New York-based think tank the Soufan Center in 2017 estimated some 5,600 foreign militants had already returned to their home countries. A further 7,000 to 8,000 fighters are thought to be spread across Libya and Afghanistan according to the U.N., with pockets also scattered across Southeast Asia, Somalia, Yemen, and elsewhere.

How might Trump’s troop withdrawal affect the regional fight against ISIS?

The U.S.-backed SDF, which has led the fight against ISIS in northeast Syria, has warned it will embolden the remaining Islamic State militants in Syria. “The White House’s decision to withdraw from northern and eastern Syria will negatively affect the campaign against the terrorism,” the SDF said in a statement following Trump’s move. “It will provide a chance for terrorism and its supporters in the political and military fields to recover again.”

The SDF’s assessment of the situation on the ground found accord even among Trump’s Republican allies. “I saw this in Iraq. And I’m now seeing it in Syria,” said Sen. Lindsey Graham of the pullout. Trump is “clearly is going against his national security team” in Syria, says Joost Hiltermann, program director for the International Crisis Group’s (ICG) Middle East and North Africa team.

Who else will take ISIS on in Syria and Iraq if the U.S. leaves?

Trump has mooted outsourcing the fight against ISIS to Turkey, suggesting its NATO ally “should be able to easily take care of whatever remains.”

But Gönül Tol, the founding director of the Middle East Institute’s Center for Turkish Studies, tells TIME several high profile ranking Turkish military figures have objected to the idea of going “further south to fight the Islamic State because they think Turkey is not capable of doing of that.”

“Turkey is definitely not going to fight ISIS,” says ICG’s Hiltermann. “ISIS is very far from the Turkish border, its near the Iraqi borders in Arab areas. Turkey has absolutely no interest whatsoever in doing that work for the United States or anyone else.”

Meanwhile U.S. troops and allies have trained just 20% of 40,000 local forces needed to deter ISIS from making a comeback, Joint Chiefs of Staff Chairman Gen. Joseph Dunford said Dec 6: “With regard to stabilization, we have a long way to go.” 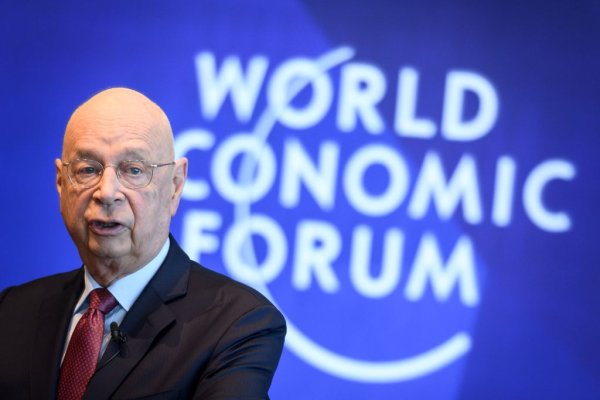 The Quick Read on Davos 2019, aka the World's Most Important Watering Hole
Next Up: Editor's Pick