French President Emmanuel Macron attacked the integrity of the 2016 Brexit referendum Tuesday, claiming the British people had been manipulated into voting for something “which doesn’t actually exist”. The referendum, he said, had been “manipulated from outside by a lot of what we call ‘fake news’, where everything and anything was said”.

Macron was speaking at the launch of his ‘national debate’ – an effort to quell the ‘yellow vest’ movement and rising dissatisfaction with his premiership – when he made the remarks.

On Tuesday, British lawmakers resoundingly rejected Theresa May’s Brexit deal, and Macron was quick to emphasise who he thought stood to lose the most from a possible no deal exit.

“First option, the British go towards a no-deal so they say there is no agreement. It scares everybody. The first losers of this are the British people,” he said.

The second option, he said, is that “they tell us, ‘we’ll try to improve what we can get from the Europeans and we’ll vote again'”.” Any hope Theresa May may have had of extracting further concessions from the EU was quickly quashed, however, when he added: “I don’t really believe it because we went as far as we could do in the agreement”.

“There is a third option,” he asserted. “I think [the U.K.] will start with the second option and it will end with the third option. They say, ‘We will take more time’, and they will ask to have a longer transition period to renegotiate something.

“So they will take more time. Maybe they will step over the European elections to find something else. But, in the time we are living, it says a lot about [what] referendums – which seemed nice – can create.”

“Good luck to the representatives of the nation who have to implement a thing that doesn’t actually exist and explain to people: ‘you voted for a thing, we lied to you'”. 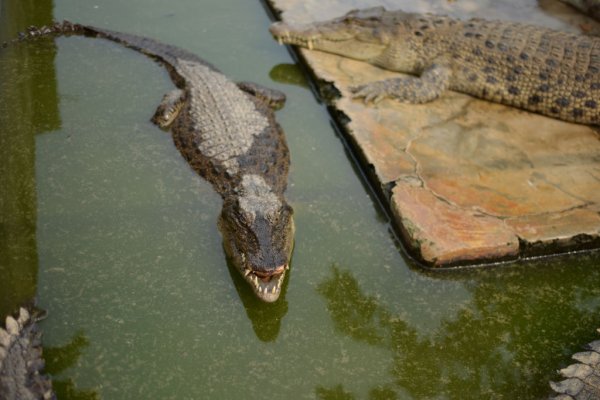 A Woman Was Mauled to Death by a Pet Crocodile in Indonesia
Next Up: Editor's Pick