As parents, hardly a day goes by when we don’t try to teach our children—sometimes by word, sometimes by deed—to do the right thing. This week, I slipped.

Thankfully, my 16-year-old son, Nathaniel, stepped up and reminded me what doing the right thing looks like.

I blame my lapse on Coachella Fever. In case you’ve somehow missed it, Coachella is an annual music festival held in the Southern California desert, east of Los Angeles. Despite the 90-plus-degree heat, some 90,000 people will show up there starting Friday to listen to all manner of rock, rap and electronica. For months, Nathaniel has desperately wanted to be among them, and he started saving his money a while ago—$375 for the ticket alone—to attend.

In January, my husband went online to grab him a ticket, but the event quickly sold out. So he did what he thought was the next best thing: He snapped up a pass for the festival’s second and final weekend, figuring that something was better than nothing.

Truth is, it wasn’t. Nathaniel was eager to go to Coachella during Weekend One because that’s when his closest friends were going to be there. Weekend One was better for us, too: Nathaniel had arranged a ride to and from the festival, and was planning to stay with one of his best pal’s parents—a couple we knew well and trusted.

Everything was set, save for the ticket.

For several weeks, we searched for one with the intensity of Navy Seals on a manhunt. Nathaniel, my husband and I each checked eBay, StubHub and craigslist five or six times a day. (My favorite craigslist ad: “Unfortunatley cant make it to coachella because i have a court date for this house robbery i did.”) We emailed friends and acquaintances, and posted requests on Facebook.

If we seemed a little over the top, please forgive us. Nathaniel is a good kid who doesn’t ask for much and this was important to him. He loves music and wanted to experience it with his friends—and we wanted to help make that happen.

More than a few times, we got close. Or at least it felt like it. A craigslist stranger would text us back, indicating we had a deal—only to then disappear entirely or to say, sorry, they’d decided to go with a different buyer instead. One scalper agreed to sell me a Weekend One ticket for $500, well over face value, but then turned around and said he’d just gotten an offer for $600. Would I bid higher? I told him to buzz off.

In the midst of all of this craziness, an old friend of Nathaniel’s named Gabe reached out and asked if he could buy his Weekend Two ticket. At this point, Nathaniel wasn’t all that interested in going if it couldn’t be during Weekend One. And so he agreed to sell. At least he wouldn’t lose any money.

We all took a breath.

Then at 7 a.m. Monday morning, just four days before the start of the festival, Nathaniel got a Facebook message from a kid he knows. “Mom, mom, wake up!” he said shaking me out of a dead sleep. “I have a friend who wants to make a trade—his Weekend One ticket for my Weekend Two ticket.”

“Do it,” I said without hesitating.

“But what about Gabe?” he asked.

“Just make the trade,” I told him. “Gabe will figure it out.” Then, in an attempt to justify what I knew was wrong, I added: “There are still plenty of tickets on Craigslist for Weekend Two. He’ll find something. He has time—you don’t.”

Nathaniel walked out of my room, and I buried my head under the pillow in an attempt to steal just a few more minutes of sleep. No sooner had I snuggled under the covers then I felt Nathaniel’s hand gently shaking me awake again.

Once again, I responded terribly. In that instant, all I could think about was how this would mean we weren’t done with this whole Coachella nightmare, which was consuming our lives. All I could imagine was that I’d be left dealing again with unscrupulous scalpers, buying Nathaniel a far more expensive VIP ticket (which we couldn’t really afford) from a friend with connections, or disappointing my son. “Fine,” I said finally, “but you’re going to lose us the best opportunity we’ve had in weeks to get you a ticket—you know that, right?”

To which Nathaniel responded: “Mom, just think for one minute how you would feel if someone promised us a ticket and then changed their mind because they got a better deal. You’d be really mad.”

Though I felt embarrassed, he wasn’t trying to shame me; he was just doing the decent thing.

In her book Inside The Teenage Brain, Augustana College education professor Sheryl Feinstein highlights the importance of modeling behavior. “People learn by example, and your teen is always watching you,” she notes.

I obviously blew it in this case—big time. Afterwards, I sat down with Nathaniel and told him how much I admired what he did, especially knowing how badly he wanted to go to Coachella. I also told him why I’d reacted so poorly. But I stressed that this wasn’t a valid excuse, just a reminder that all people make mistakes and that it’s important to learn from them. I told him that, this time, he was the teacher.

He just smiled. “Don’t worry,” he said, teasingly. “You can’t be that bad a parent. I mean, look how I turned out!”

A postscript: In the end, everything worked out well. Nathaniel decided to lay out the whole situation to Gabe—while making clear that he would certainly honor their deal. As an alternative, Gabe suggested that Nathaniel help him land a Weekend Two ticket from another source, which he did. Nathaniel then made his trade for a Weekend One ticket. By Friday afternoon, he’ll be on his way to Coachella. 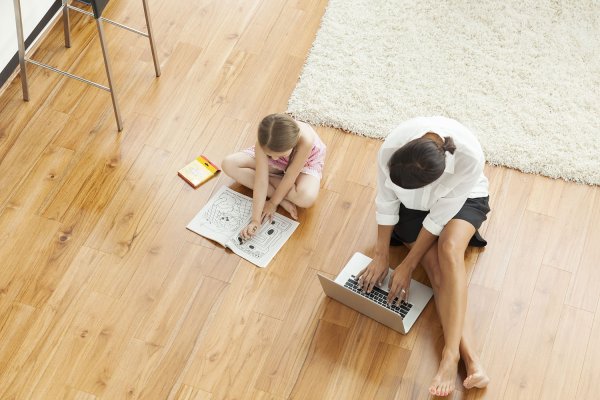 Moms Are Suddenly Staying Home Again
Next Up: Editor's Pick