Facebook Let My Government Target Me. Here's Why I Still Work With Them.

My reputation and peace of mind were demolished by information operations on Facebook. It’s a cautionary tale for the U.S.

I run Rappler, an online news site in the Philippines. In my country, Facebook essentially is the Internet, thanks to subsidies from telecommunications companies that let people avoid data charges while on the site. But it has also made the Philippines a showcase for the destruction Facebook can enable.

The attacks against me and Rappler began appearing on Facebook in the summer of 2016. A year later President Rodrigo Duterte was repeating them in his State of the Nation address. I have since been indicted on politically motivated criminal charges, faced my first arrest warrant and posted bail. Not just once, but five times in two separate courts. I need permission to travel outside the Philippines.

If I lose these tax-evasion cases and others filed by the Philippine government, I could go to jail for 10 to 15 years.

All because I and Rappler, the startup I helped create, seven years old this month, continue to hold power to account, to do our jobs as journalists and to #HoldTheLine against impunity in a drug war that has killed tens of thousands of people, according to human-rights groups.

We know firsthand how social media and the law have been weaponized against perceived critics of the Duterte administration. We’ve been reporting on it from the start.

In early October 2016, Rappler published a three-part series on social-media propaganda. It analyzed the emerging information ecosystem using what researchers later called “patriotic trolling”–online, state-sponsored hate meant to silence or intimidate specific targets. After the exposé, I received an average of 90 hate messages per hour for the next month.

The attacks on Facebook are insidious and extremely personal, from the way I look and sound to threats of rape and murder. As a former war-zone correspondent, I have been in the line of fire, but nothing prepared me for this.

After all, a lie repeated a million times becomes the truth, shaping and conditioning public opinion, seeding the messages that would be repeated by Duterte himself: that Rappler is CIA, fake news, owned by Americans, many more. It hits me every time I look back because these lies form the basis of some of the legal cases against us. This is our daily pressure cooker: attacked from below by cheap armies on social media, and from above by Duterte and the government.

As early as 2016, an #UnfollowRappler campaign activated at least 52,000 accounts to unfollow our site on Facebook. That was about 1% of our followers at that time–but consider that an earlier investigation showed us that 26 fake accounts on Facebook could reach up to 3 million others. What mayhem could more than 50,000 Facebook accounts create?

They could reverse perceptions, splitting the real world from the social-media world.

We saw it happen. In January 2018, Pew’s Global Attitudes survey found that 86% of Filipinos out in the physical world said they trusted traditional news media. When the same question about traditional news outlets was asked the same month on social media, the answer was the opposite–83% distrusted them, according to the Philippine Trust Index.

It happened from systematic and exponentially growing attacks on traditional media, which clearly escalated after Duterte took office in June 2016. In the year before the election campaign, the language Duterte used to attack the media–bias and corrupt–barely registered in Facebook comments or posts. Afterward, bias came up 2,000 times a day, and corrupt one day approached 4,000.

The attacks pounded fracture lines in society repeatedly until perception was made reality. They acted to fuel anger and hate to tear down trust in truth tellers–journalists and human-rights advocates; to maintain high approval ratings for Duterte; and to change the values of a significant chunk of our society who now say it’s O.K. to kill drug users or to let China have portions of Philippine territory in the South China Sea (West Philippine Sea). The attacks wage war on opposition politicians, manipulate the Filipino public and weaken our democracy.

Rappler knows the best and the worst of what Facebook can do. The world’s largest disseminator of news, it refuses to act as a true gatekeeper, allowing lies to spread faster than truth. For that, I’m among Facebook’s worst critics.

Yet Rappler’s exponential growth would not have happened without the social-media giant. I know its immense potential for good. That is why we continue to work with Facebook, as one of three fact-checking partners in our country, defining facts and looking at networks that spread lies.

I don’t think we have a choice. This is transformative technology, and we can use it to push Facebook to understand its true impact–good and evil–in the world. I’m cautiously optimistic that the good can prevail. On Jan. 11, in its second takedown of “inauthentic” sites and accounts in the Philippines, Facebook banned a significant chunk of the disinformation ecosystem that had been manipulating Filipinos with a link to the Internet Research Agency and the Russian disinformation ecosystem.

Rappler had identified the network, and written about it, nearly 13 months earlier.

Ressa is chief executive officer and co-founder of Rappler, an online news site in the Philippines. She was among the journalists named TIME’s 2018 Person of the Year. 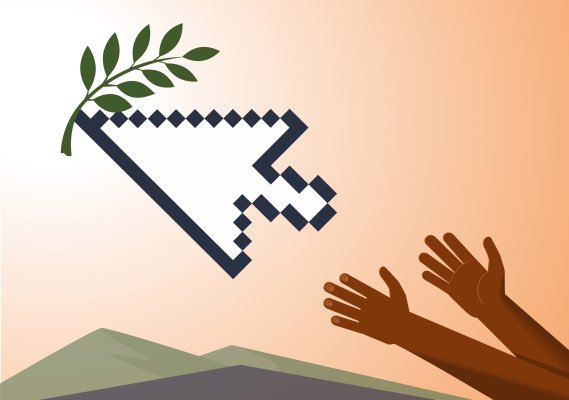 The Internet Can Make Us Feel Awful. It Doesn't Have to Be That Way
Next Up: Editor's Pick