Second Lady Karen Pence is facing controversy for accepting a part-time teaching job at a private Christian school that does not admit LGBTQ students or hire LGBTQ employees.

“I am excited to be back in the classroom and doing what I love to do, which is to teach art to elementary students,” Pence said in a statement Tuesday. “I have missed teaching art, and it’s great to return to the school where I taught art for twelve years.”

Pence will teach elementary school art classes at Immanuel Christian School twice a week until May. She was previously an elementary school teacher for 25 years, nearly half of which were spent at the school, which is located in Springfield, Virginia. The school’s employment application identifies “homosexual or lesbian sexual activity” and “transgender identity” as examples of “moral misconduct” that could disqualify an employee.

“Moral misconduct which violates the bona fide occupational qualifications for employees includes, but is not limited to, such behaviors as the following: heterosexual activity outside of marriage (e.g., premarital sex, cohabitation, extramarital sex), homosexual or lesbian sexual activity, polygamy, transgender identity, any other violation of the unique roles of male and female,” the application states.

It further states in a parent agreement that the school reserves the right to refuse admission or discontinue enrollment of a student “if the atmosphere or conduct within a particular home, the activities of a parent or guardian, or the activities of the student are counter to, or are in opposition to, the biblical lifestyle the school teaches. This includes, but is not limited to contumacious behavior, divisive conduct, and participating in, supporting, or condoning sexual immorality, homosexual activity or bi-sexual activity, promoting such practices, or being unable to support the moral principles of the school.”

The school’s application for employment also calls on prospective employees to “live a personal life of moral purity” and to subscribe to “basic truths” of Christianity, including “that God intends sexual intimacy to occur only between a man and a woman who are married to each other and that God has commanded that no intimate sexual activity is engaged in outside of marriage between a man and a woman.”

The school’s policies, which were first reported by HuffPost, generated swift backlash among human rights groups. The school did not immediately respond to a request for comment.

“Why not serve at a school that welcomes everyone?” Human Rights Campaign President Chad Griffin said in a tweet. “Not a week passes without some reminder that the Pences view LGBTQ people as second class citizens.”

The ACLU also denounced Pence for taking a job with the school.

A spokesperson for Pence hit back against the criticism.

“Mrs. Pence has returned to the school where she previously taught for 12 years,” Kara Brooks, a spokesperson for Pence, said in a statement. “It’s absurd that her decision to teach art to children at a Christian school, and the school’s religious beliefs, are under attack.”

Vice President Mike Pence and his wife have both drawn criticism for opposing gay and transgender rights in the past. 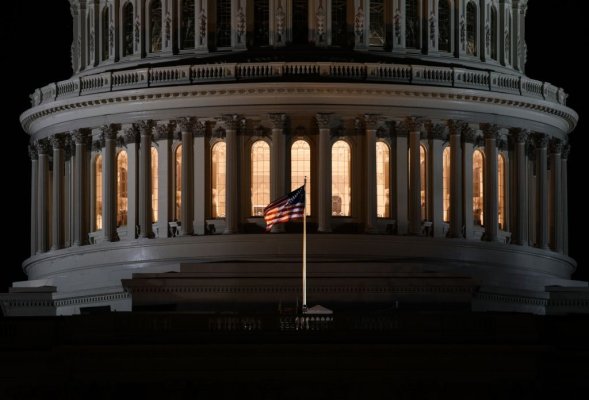 Why Trump Is Quietly Caving on Parts of Shutdown
Next Up: Editor's Pick