Let's Talk About the Ending of Glass

Warning: This post contains spoilers for Unbreakable, Split and Glass.

Twenty years after The Sixth Sense shocked audiences, M. Night Shyamalan’s name has become synonymous with the twist ending. The director cemented that notion in 2017 when Split left viewers with a teaser that revealed that the horror film was, in fact, a stealth sequel to his 2000 superhero film Unbreakable.

Despite the director’s reputation, the last act of Glass, the third and final entry in Shyamalan’s low-key superhero franchise, isn’t particularly surprising. Anyone who saw Unbreakable and Split probably predicted a grim finish to the triology. (Yes, plenty of people die.) But in Glass, Shyamalan seems less concerned with surprising the audience than hammering home the philosophical ideas he introduced in the films’ two predecessors. It’s a limp ending, as critics have noted, but it’s chock full of symbolism.

In Unbreakable and Split, Shyamalan asserted that those who experience trauma can grow into superior beings. It’s not a particularly original idea: The backstories of his superhero and two supervillains are essentially a dramatization of the famous Nietzsche quote, “What doesn’t kill you makes you stronger.” In Glass, he plays with yet another Nietzschean idea: The “ubermensch.” Often translated as super man, the ubermensch became the precursor for comic book superheroes. The German philosopher and Shyamalan both assert that this type of super-powered man represents humanity’s future.

But before we mine Glass’ finale for meaning, let’s quickly review what happened at the end of film: Elijah, a.k.a. Mr. Glass (Samuel L. Jackson), devises a plan to escape the psychiatric ward where he, Kevin Wendell Crumb (James McAvoy) and David Dunn (Bruce Willis) are being kept. Since the events of Unbreakable, Elijah has been obsessed with the idea that comic books are a historical record of real superheroes. He recognizes an opportunity to prove himself right when he learns that Kevin, who has Dissociative Identity Disorder, can summon a villainous identity called “the Beast.” He invites David to fight the Beast atop the tallest tower in Philadelphia so that the world can witness their strength. If David doesn’t agree, Elijah says he will blow up the building.

But it turns out that Elijah never planned for David and the Beast to make it to there. Elijah hacked the hospital’s security system so that video footage from the grounds would automatically be emailed to his mother (Charlayne Woodard) as proof. He then records himself waking up the Beast in the tunnels beneath the hospital and eventually orchestrates a fight between the Beast and David. Everything is captured on camera.

During the fight, David’s son Joseph (Spencer Treat Clark) reveals that Kevin’s father died on the same train that crashed while David was riding it in Unbreakable. In that first movie, Elijah admitted to causing that crash in order to find potential superheroes. Elijah is delighted by this new piece of information and asserts that he created two super-people by causing the accident: David back in 2000, and now Kevin, who suffered abuse from his mother after his father died and developed a superhuman identity to protect himself. The Beast responds by crushing Elijah’s fragile bones, fatally injuring him.

Dr. Ellie Staple, the “psychiatrist” played by Sarah Paulson, reveals herself to be a member of a cabal sworn to killing all super-humans, good or evil. All of the members of this secret organization sport shamrock tattoos on their wrists, for unknown reasons. Staple and her minions succeed at killing David and Kevin once they have become weakened by fighting one another. Staple then erases the video footage and tells her superhuman-hating colleagues that she would like to continue to exterminate super people across the world in order to maintain the world order. And here comes the first twist: She has been the real villain all along.

Up until this point, Elijah has pitched this final battle as the sort of showdown that typically shows up in the “special editions” of comic books. As Elijah dies, his mother asks him how he, a comic books expert, could not have predicted this ending. Elijah says, “It wasn’t a special edition. It was an origin story.”

Only after declaring victory does Staple realize that Elijah planned and recorded the entire fight. Kevin’s former victim Casey (Anya Taylor Joy), David’s son Joseph, and Elijah’s mother (who is unnamed in the script) release the footage into the world, as victorious music swells behind them. They hope that other downtrodden people will discover their superpowers. Next twist: it’s been an origin story all along.

So what does that have to do with Nietzsche? In Unbreakable, Elijah is born with fragile bones. He is constantly in pain and bullied throughout his life. So he develops his intellect in order to survive. It’s unclear how David developed his superpowers, but it’s implied in that same film that he may have developed unbreakable bones after he almost drowned as a child.

The abuse that Kevin Wendell Crumb experiences as a kid in Split results in him developing Dissociative Identity Disorder and eventually, his superpowers. At the end of that movie, the Beast lets Casey, one of the teenagers he has kidnapped, go—all because she has suffered sexual abuse throughout her life. (He only eats innocent girls who have never suffered.) The villain distills the movie’s philosophy in one creepy line: “Rejoice! The broken are more evolved.”

Trauma, Shyamalan asserts, forges strength. It’s a slightly problematic notion, especially in Casey’s case: Shyamalan essentially implies that sexual abuse can lead to women feeling more empowered, which undercuts the suffering that those women have experienced and minimizes their agency. It’s not exactly a #MeToo-friendly concept.

But given that these powerful people now exist, Shyamalan believes that to deny their superiority, as Dr. Staple does, would be wrong. That philosophical perspective essentially shifts the established power dynamics of the superhero series: Elijah and Kevin become sympathetic characters, while Dr. Staple becomes the true villain. Casey, David’s son, and Elijah’s mother become the heroes of the film when they join together to reveal the powers of their loved ones to the world.

Elijah’s mother implores him not to let the mental hospital deplete him and tells her dying son that he was spectacular at the end. (Remember, this is a man who murdered hundreds of people in Unbreakable.) Casey—despite having just been held hostage by Kevin and watching him eat two of her classmates just a few weeks earlier—is determined to help his kinder personalities emerge and suppress the Beast. She holds him in her lap and cries with him as he dies.

The ethics of this decision are questionable: Of course it’s wrong that Dr. Staple murdered David and Kevin (especially considering Kevin had been restored to his “good” identity.) But Casey’s tearful goodbye seems to absolve Kevin of the rape and murder one of his personalities perpetrated in the last film. Worse, Elijah is hailed as a hero in the final moments, even though he consciously, intentionally, and without excuse killed hundreds if not thousands of people in Unbreakable.

In part, this ending is a rebuke of the blockbuster superhero movies that have come to dominate pop culture in the 19 years since M. Night Shyamalan put Unbreakable into the world. The Marvel and DC superhero films continue to become more awe-inspiring, but less grounded in the process. The end also asserts that normal people can become extraordinary, an idea that has perhaps been lost as the superheroes who grace our screens become richer, more cosmic and arguably less relatable.

And perhaps Shyamalan’s final twist is his biggest, and most radical, yet: With the opportunity to build a larger superhero franchise and make gods of men, he instead insists on highlighting the potential for power in ordinary people. 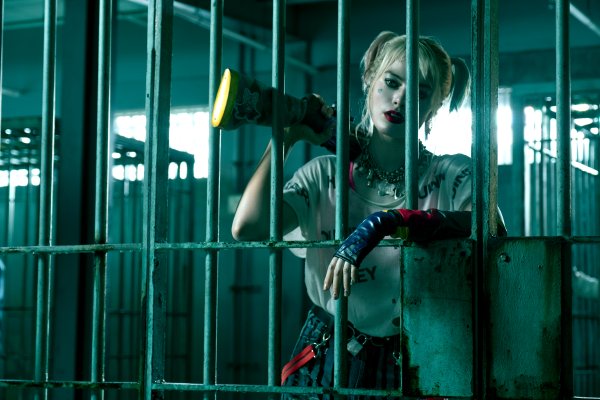 Here's a Complete List of All the Upcoming DC Movies
Next Up: Editor's Pick