Patrick Mahomes #15 of the Kansas City Chiefs runs through high fives from teammates during pre game introductions prior to the game against the Cincinnati Bengals at Arrowhead Stadium on October 21, 2018 in Kansas City, Kansas.
David Eulitt—Getty Images
By Sean Gregory

It’s been a bounce-back season for the NFL. Scoring is up, with the four most offensively potent teams in the league — the Kansas City Chiefs, the Los Angeles Rams, the New Orleans Saints and the New England Patriots — reaching the conference championship round. Pro football feels fun again. Defense wins championships? Bollocks. After a down year in 2017, TV ratings have risen.

So it’s only fitting that in a bullish year for football, fans are treated with one particularly dreamy matchup on conference championship Sunday, Jan. 20. That’ll be when the Kansas City Chiefs, led by their stunningly talented second-year quarterback, Patrick Mahomes, host the House of Brady, the New England Patriots, in the AFC title game. (The New Orleans Saints play the Los Angeles Rams in the Big Easy in Sunday’s other matchup.)

The Mahomes-Brady duel counts as nothing less than an intergenerational battle for the heart and soul of the NFL. Hyperbole? Maybe. It’s just sports, though, so let’s run with it.

As NFL playoff games go, the stakes are serious. Brady, the only quarterback who owns five Super Bowl trophies, has set new standards for football excellence. His quinoa and avocado ice cream diet, irritating though it may be, is paying off: at 41, he’s playing in a record eighth straight conference championship. On the home side of the ball, Mahomes is football’s version of Stephen Curry. Clips of his “are you friggin’ kidding me” plays — throws with his weak hand, and sidearm, and across his body and without looking and on the run — light up the internet, like Curry’s ridiculous three-pointers. This season Mahomes, 23, became just the second-ever quarterback to throw for at least 5,000 yards and throw at least 50 TD passes in the same season. Only Mahomes, Brady, and Peyton Manning have ever thrown 50 or more TD passes in a single season.

One quarterback has been the face of the game for over a decade. With a win, the other can expedite his quest to succeed him. The NFC championship game, between the Saints and Rams, similarly pits an aging inevitable Hall of Famer against a budding star. New Orleans’ Drew Brees, who just turned 40, is a Super Bowl champion who this season surpassed the elder Manning brother’s all-time record for career passing yards; Brees now has 74,437 compared to Manning’s 71,940. Goff’s a bonafide franchise QB who’s turned in some eye-popping performances, such as his 465 yard, five touchdown game against the Minnesota Vikings on a Thursday night, on three days’ rest, in September. He had a perfect passer rating that night.

Still, Brees-Goff doesn’t carry the same sizzle as Brady-Mahomes. One’s not generally considered the best of all time. The other’s not already setting all-time records.

Brady would seem to be facing more pressure on Sunday. Time’s going to run out on him at some point. This could be his last chance to win a sixth Super Bowl. Mahomes, meanwhile, is just starting out. If he misses this opportunity, he’ll surely get back, right?

Except nothing’s quite that certain, especially in the NFL. This game is more of a must-win for Mahomes. Kansas City finished the regular season with a better record than New England, owns home-field advantage, and boasts superior firepower on its roster. The oddsmakers list KC as the favorites. Brady’s legend is already secure. Mahomes, as good as he is, could catch some bad breaks going forward. Maybe injury. Maybe the team turns over. With its salary cap structure, the NFL’s economic model breeds parity. So maybe another team emerges, aside from the Chiefs, in the ensuring years. Bill Belichick has somehow hacked the NFL, and keeps constructing teams that contend for a championship. Odds are long that Kansas City does the same.

Dan Marino reached the Super Bowl when he was 23; Joe Montana’s San Francisco 49ers crushed his Miami Dolphins, and Marino never made it back. In 2012 Colin Kaepernick, at 25, shook up the NFL and reached a Super Bowl, coming a few yards short of potentially winning. (Ironically, Kaepernick displaced Alex Smith as the starter in San Francisco, as Mahomes did in Kansas City six years later.) Former ESPN analyst Ron Jaworski gushed that Kaepernick “could be one of the greatest quarterbacks ever.” But inconsistency, injuries, and controversy derailed Kaepernick. Sure, Mahomes’ 2018 season was statistically far superior to Kaepernick’s initial burst. Mahomes is a better quarterback, and seems unlikely to champion causes that turn ownership against him. But you can’t entirely dismiss Kaeperick as a cautionary tale.

Or look at Russell Wilson. In just his third season, at age 26, he was a Marshawn Lynch one-yard TD run away from joining the pantheon of great quarterbacks to win back-to-back Super Bowl titles (Brady, Joe Montana, Troy Aikman and Terry Bradshaw, to name a few). Then Seattle coach Pete Carroll called a pass play. Malcolm Butler picked off Wilson. A potential Seattle dynasty fizzled. Wilson’s far from a lock to return to an NFC championship game, lest a Super Bowl.

Football is fleeting. A Brady-Brees old guy Super Bowl carries sentimental value. But Rams-Chiefs would be utterly delightful, a rematch of one of the best regular season games ever, a wild Monday Night air show that Los Angeles won 54-51. More than any other game this season, that one marked a rejuvenated NFL. The future’s now. Mahomes and Goff just now have to grab it.

The original version of this story misstated the conference in which Russel Wilson plays. It is the NFC, not the AFC. 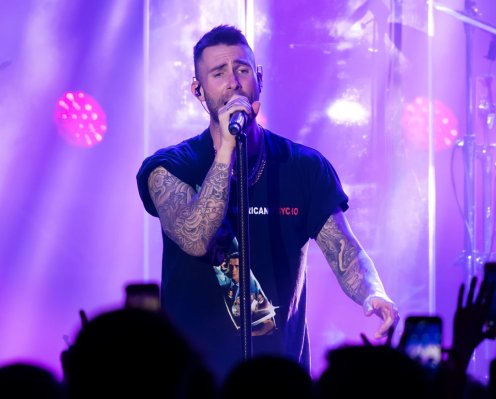