World leaders during the G20 Leaders' Summit family photo on November 30, 2018 in Buenos Aires.
LUDOVIC MARIN—AFP/Getty Images
Ideas
By Børge Brende
Brende is the President of the World Economic Forum and the former Foreign, Trade and Environment Minister of Norway.

There is an unfortunate reality to our current geopolitical landscape. The world faces the threat of three primary hazards: one immediate, one long-term and one latent. Yet as these risks manifest, cooperation among stakeholders is being overtaken by antagonism. In many ways, the same polarization exists at the global level just as it does at the societal level in the United States and across Europe, where there is the perception that cooperation is a threat to, rather than an avenue toward, prosperity.

In the immediate term, geo-economic fault lines have grown between allies and non-allies alike: trade disputes among powers escalated last year, and political divisions across the Atlantic are testing Europe’s market union. According to the World Economic Forum’s latest survey of 916 experts, policymakers and industry leaders, 91% of respondents believe the risk of economic frictions will increase in 2019 among major powers.

This fraying of partnerships comes at the very moment when close coordination is needed for the resiliency of our global economy. While the U.S. economy remains strong, there are signs of global over-borrowing and of softening of foreign markets. Global debt reached a record high in the first quarter of last year — $247 trillion in nominal terms — and we have already seen the earning expectations of companies drop as sales in some countries slow.

In the face of these economic headwinds, we are ill-prepared to stave off the next downturn. In October, the International Monetary Fund revised downward its growth projections for 2018 and 2019, citing potential economic disruptions of trade disputes. We seem to have forgotten that global economics is not a zero-sum formula, but rather one where trade grows markets and increases the size of the pie. A key lesson in the aftermath of the 2008 financial crisis was that global collaboration is the critical ingredient to turning markets back around.

At the same time, growing wedges between countries will make addressing our most important long-term risk — environmental degradation — all but impossible. The category of climate change ranked as the leading risk over a ten-year horizon in our survey, but we are seeing difficulties in maintaining consensus when it comes to addressing the issue. And rather than increasing our ambition when it comes to reducing emissions, we are already falling short of the targets set in the Paris Agreement.

The results of climate inaction are already clear: last year was the fourth-warmest on record after several years of warming temperatures, extreme weather events have plagued Europe and the United States, and animal populations are in record decline. As bad as these facts are, in the longer term, the results will be catastrophic. An estimated 800 million people live in over 570 coastal cities that could experience flooding and economic disruption due to a sea-level rise of half a meter by 2050. Our economic and societal health are at risk unless we find a way to take meaningful joint action.

A hardening geopolitical divide is also increasing the risk of technological threats — a latent risk that we still do not yet fully appreciate. The financial toll of cybercrime will be enormous: 74% of the world’s businesses can expect to be hacked in the coming year and loss due to cybercrime is predicted to reach $3 trillion by 2020 — the size of the British economy. This does not include the security threat posed to critical infrastructure or the political threat to governing institutions. Nor does it account for the emerging risk of artificial intelligence.

Though respondents to our survey cited cyber attacks as both high in impact and high in likelihood over the coming decade (behind only climate-related issues), there is no unified framework for cybersecurity law, despite it being a global problem that exists beyond traditional boundaries; instead, nations build their laws on their own, often leaving others vulnerable as a result. This makes it more difficult to protect individuals, businesses and public resources from digital attacks, and harder to prosecute those responsible. The landscape is akin to aviation safety in the days prior to 9/11, when individual airports in the United States handled their own protection measures. What is needed instead is meaningful agreement at the global level on a standard around data protection and incident reporting.

While the risks facing the global community require specific, distinct solutions, they cannot be solved in a go-at-it-alone manner. At a time when there is criticism of global institutions, we need to reaffirm the importance of a well-functioning multilateral system. A critical lesson of the post–World War II era has been that goals that once seemed impossible can be a reality. Historic achievements over the past seven decades, such as cutting the percentage of people who are living in extreme poverty by more than a half, increasing global average life expectancy by 22 years and mitigating conflict between global powers, have only been possible through a cooperative framework. Similarly, the urgent challenges we face today of economic uncertainty, climate change, and threats associated with new technologies, can only be solved through coordinated action.

It is clear that the ultimate global risk is for geopolitical divisions to harden. While there is room to make improvements to our global system, unless we find a way restore global cooperation this year, we will be unable to truly solve our world’s most urgent challenges.

This is adapted from the Global Risks Report 2019, a report produced by the World Economic Forum, in partnership with Marsh & McLennan Companies and Zurich Insurance Group. 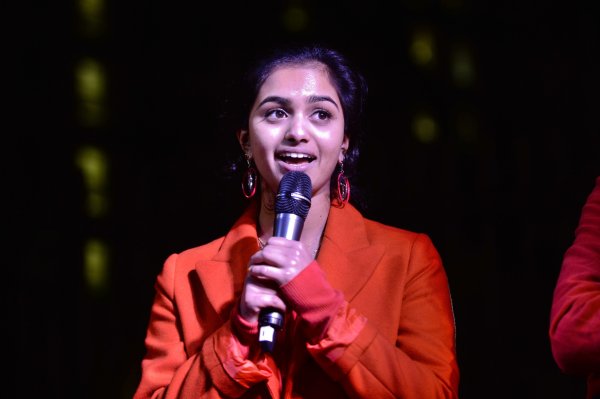