High-Level Talks Between U.S. and North Korea Could Be Held This Week, Report Says

South Korean media says high-level talks between the U.S. and North Korea are due to take place in Washington as soon as this week, where envoys are expected to discuss plans for a second leaders summit.

The North Korean envoy is also expected to meet U.S. President Donald Trump, the report said, as the two sides lay the groundwork for a follow-up summit to their historic first meeting in Singapore in June.

If held, the meeting will mark what could be the easing of a months-long impasse between Washington and Pyongyang over North Korea’s lack of progress on nuclear disarmament.

When Trump met North Korean leader Kim Jong Un in Singapore, they agreed in to work “toward complete denuclearization of the Korean Peninsula,” though the vague agreement did not specify what that would mean or how it would be implemented. 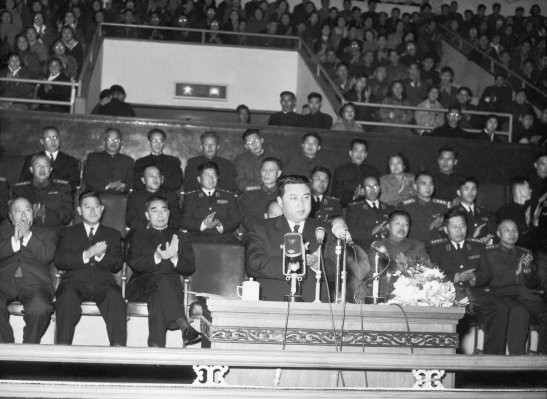 Common Threads Run Through Many of History's Worst Dictatorships. Here's One Way North Korea Fits In
Next Up: Editor's Pick