A painting believed to be a lost work of Renaissance master Michelangelo is believed to have been rediscovered — and then, just as quickly, disappeared again.

A Belgian pastor says the 16th Century painting was stolen from his church last week, the Guardian reports.

The pastor said he had revealed his suspicions to “about 20 people,” and reached out to various museums for assistance. “I wanted to wait for the experts and if they said it was a Michelangelo I would have improved the security of the building,” he said.

At the time it went missing, the painting was soon to be examined by Michelangelo expert Maria Forcellino to determine its provenance.

According to Van Raemdonck, the painting, known as The Holy Family portraying Mary, Joseph and baby Jesus, was donated 16 years ago by former Belgian senator Etienne Cooreman. Van Raemdonck believed it was the work of Michelangelo, the 15th-16th Century Florentine painter and sculptor known for masterpieces like The Creation of Adam, David and the ceiling of the Sistine Chapel.

Van Raemdonck estimated the painting could be worth as much as $144.8 million.

Read more: Are These Michelangelo’s Only Surviving Bronze Statues?

Officials at the church believe the incident was a targeted burglary. The painting, mounted in wood, weighed some 220 lbs. None of the church’s other possessions were disturbed.

“They were only interested in that one painting,” church council chair Johan Anthuenis told local newspaper Het Nieuwsblad.

Zele’s missing masterwork wouldn’t be the only forgotten Michelangelo to come to light in recent years. In 2010, a man in Tonawanda, N.Y. claimed that a family heirloom, which at one point was stowed behind a sofa, was actually an unfinished Michelangelo of Jesus and Mary. It was valued at $300 million.

The following year, another possible Michelangelo, misattributed to another painter, was identified at Oxford University in the U.K. 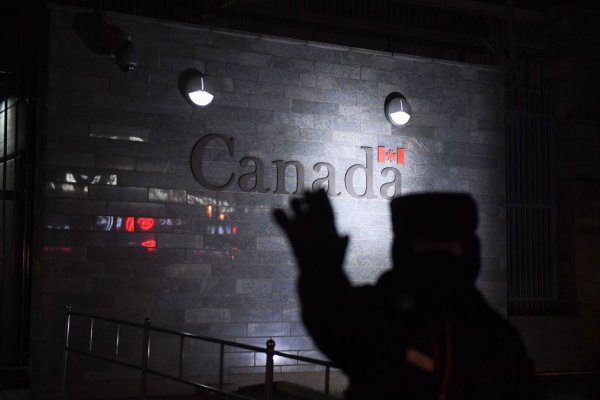 China Sentences Canadian to Death for Drug Trafficking
Next Up: Editor's Pick