Some of the most anticipated movies and television shows of 2019 might look a little familiar. If you’re hitting the movie theater or even streaming a new show from your couch, there’s a good chance that what you’re seeing could have been adapted from a book. Whether you’re partial to classics like Little Women or more into modern reads like Where’d You Go, Bernadette, there’s plenty to look out for on screens big and small. Here, 14 books that are being made into movies and TV shows this year.

A Discovery of Witches, Deborah Harkness

Vampires and witches aren’t supposed to be friends — let alone lovers — in the magical world of A Discovery of Witches. In the TV adaptation of Deborah Harkness’ All Souls trilogy, Matthew Goode and Teresa Palmer star as an unlikely duo who develop feelings for each other while working together to understand the mystery behind a long-lost manuscript.

Buy now: A Discovery of Witches

The Best of Enemies: Race and Redemption in the New South, Osha Gray Davidson

Based on a true story from 1971, Taraji P. Henson and Sam Rockwell star as a civil rights activist and local Ku Klux Klan leader who form an unexpected bond in this adaptation of Osha Gray Davidson’s 2007 book The Best of Enemies.

Buy now: The Best of Enemies: Race and Redemption in the New South

Set to debut on Hulu sometime this spring, Catch-22 is based on Heller’s famous 1961 satirical novel, which follows a World War II bombardier who is constantly faced with the frustrations of can’t-win situations. The limited miniseries stars Christopher Abbott, Kyle Chandler, Hugh Laurie and George Clooney, who is also serving as executive producer.

The Sun Is Also a Star, Nicola Yoon

The power of love and fate are tested when the pragmatic Natasha falls for the hopeless romantic Daniel on what is supposed to be her last day in America — her family is set to be deported to Jamaica in just twelve hours. Black-ish and Grown-ish star Yara Shahidi and Riverdale‘s Charles Melton star in this adaptation of Nicola Yoon’s young adult bestseller.

Buy now: The Sun Is Also a Star

This television series based on the 1990 novel by Terry Pratchett and Neil Gaiman delves into an apocalyptic world where an angel and a demon — Michael Sheen and David Tennant, respectively — must come together to stop an 11-year-old Antichrist from coming into power. Good Omens, also starring Jon Hamm, Miranda Richardson and Nick Offerman, will premiere this spring on Amazon Prime Video.

Based on the Vertigo comic book series, The Kitchen stars Elisabeth Moss, Tiffany Haddish and Melissa McCarthy as housewives in the 1970s. After their mobster husbands are imprisoned, the trio decides to take over the family business, becoming key players in the New York City gangster scene.

Cate Blanchett stars as Bernadette Fox, an intensely creative but highly anxious mother who disappears before a family trip to Antarctica, leaving her teenage daughter on a journey to find her. Boyhood‘s Richard Linklater directs the adaptation of Maria Semple’s 2012 novel, which also stars Judy Greer, Kristen Wiig and Billy Crudup.

The Woman in the Window, A.J. Finn

Anna Fox is an agoraphobic who fills her days with drinking and spying on neighbors. When Anna witnesses something she shouldn’t have — while looking out her window — she throws herself into the mystery, determined to understand what she saw. Amy Adams, Gary Oldman and Julianne Moore star in the movie adaptation of A.J. Finn’s best-selling psychological thriller.

Buy now: The Woman in the Window

When his mother dies in a bombing at the Metropolitan Museum of Art, 13-year-old Theo is forever changed. The tragedy propels him onto a completely different life track, where his relationship with art is consistently tested. Ansel Elgort stars in the adaptation of the Pulitzer Prize-winning novel, alongside Sarah Paulson, Nicole Kidman, Finn Wolfhard and Luke Wilson.

How to Build a Girl, Caitlin Moran

Adapted from Caitlin Moran’s semi-autobiographical novel, this is a coming-of-age story about a working class 16-year-old girl in 1990s England. Tired of her mundane life, Johanna Morrigan reinvents herself as a music critic in London, and chaos ensues as she is exposed to the dark world of adulthood — drugs, sex and alcohol. Lady Bird‘s Beanie Feldstein stars as Johanna.

Buy now: How to Build a Girl

Based on the graphic novel, Watchmen asks us to reconsider our perception of superheroes and how they function in society. Damon Lindelof, co-creator of Lost and The Leftovers, adapted the story for television, which stars Regina King, Jeremy Irons and Don Johnson. The new Watchmen (already a movie, released in 2009) is expected to arrive sometime later this year on HBO. In the meanwhile, readers can check out the series’ Instagram account, which is filled with mysterious pictures.

Anne Hathaway and Ben Affleck star in this adaptation of Joan Didion’s The Last Thing He Wanted, a story about a journalist who leaves her job covering a presidential campaign to become an arms dealer as a favor to her father. Dee Rees, the Academy Award-nominated screenwriter of Mudbound, is set to direct, produce and co-write the film.

Kerry Washington and Reese Witherspoon are both stars and executive producers of the television adaptation of Celeste Ng’s mega-hit Little Fires Everywhere. The limited series, which is set to premiere on Hulu later this year, centers around two mothers. When the women’s community is upended by a scandal surrounding the adoption of a Chinese-American baby, the debate over the relationship between privilege and parenthood comes to the forefront.

Keep an eye out for this major adaptation that has been announced but doesn’t yet have a release date. The Pulitzer Prize and National Book Award-winning novel by Colson Whitehead about the dangerous journey of a slave in Georgia who tries to make her way north is slated to hit the small screen on Amazon Prime Video. Barry Jenkins — of Moonlight and If Beale Street Could Talk — is set to direct all 11 episodes of the series. 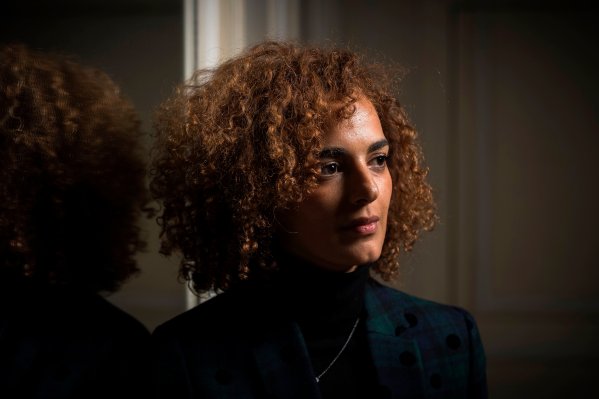 'It’s the Saddest Thing in the World, Sex.' The Author of The Perfect Nanny on Her Next Sensational Novel
Next Up: Editor's Pick