The Simpsons, a show well-known for being not only the longest-running American sitcom and animated program, but for its uncanny ability to predict the future over the past 30 years, may have just hit peak Internet status.

The show’s latest episode went incredibly meta when it featured Homer Simpson using a popular GIF of himself walking backwards into a bush. The GIF, which became a viral meme in recent years, comes from a memorable episode in the fifth season when Homer becomes friends with his much-maligned neighbor, Ned Flanders. Now, in episode 12 of season 30, it appears the Homer and the rest of The Simpsons are acknowledging the Internet clout that the image has accrued by having Homer use it self-referentially during a text exchange with the always wise Lisa.

As the show prepares to celebrate its 30th anniversary, this meta viral moment for Homer shows just how much The Simpsons has become a part of our cultural landscape — and the never-to-be-underestimated power of the Internet. 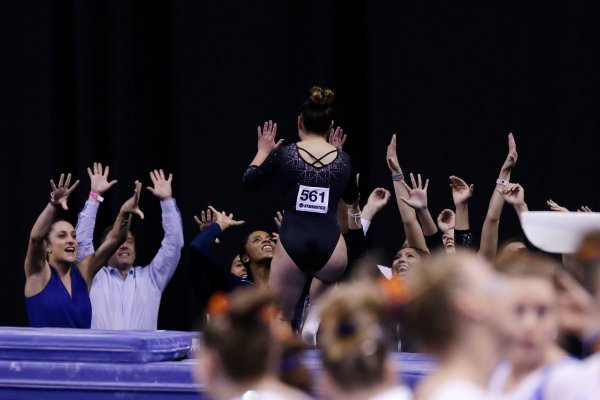 The Joy of This Gymnast's Floor Routine Is Reverberating Across the Internet. Here's What to Know
Next Up: Editor's Pick