When William Barr came up for Senate confirmation as attorney general in 1991, he was confirmed by voice vote, a procedure used when no one in the upper chamber has any objection.

He’s unlikely to get the same treatment the second time around.

As President Donald Trump’s nominee for the nation’s top cop comes before the Senate for confirmation hearings Tuesday, he’ll face a litany of tough questions from Democrats about his views on everything from executive powers to some of the Administration’s most controversial policies. The stakes only got higher over the weekend when it was revealed that the the FBI had opened a counterintelligence investigation into Trump’s relationship with Russia after he fired FBI Director James Comey.

“We have a president who almost daily criticizes the FBI and the Department of Justice and in particular the Mueller investigation,” Democratic Sen. Chris Coons, a member of the Judiciary Committee, told reporters Monday afternoon, noting that multiple of Trump’s former aides have pleaded guilty or been convicted of crimes in the course of the special counsel investigation. “That’s not a typical or common context in which to have the confirmation hearing of an attorney general.”

As the top law enforcement official in the country, the attorney general is one of the most powerful positions in the federal government, overseeing the FBI and the Justice Department and making decisions on everything from border security to civil rights. But in the coming months, it will also be at the center of a perfect storm of thorny legal issues involving Special Counsel Robert Mueller’s investigation into the Trump campaign and Russian meddling in the 2016 election.

Democratic Sen. Richard Blumenthal of Connecticut tweeted Monday he would be asking tough questions about “protecting the Special Counsel, providing full disclosure of his evidence, restricting pardon power abuse, standing up to Trump, & much more.”

Questions about Barr’s thoughts on the Mueller investigation are especially pertinent since Jeff Sessions, his predecessor in the job, recused himself from from overseeing the Mueller probe and his relationship with Trump never recovered. Sessions resigned as attorney general at Trump’s request in November 2018.

A Justice Department official tells TIME that Barr has been “running through the gamut of issues” to prepare for the hearings. Barr, who is a longtime personal friend of Mueller’s, has been openly critical of the special counsel’s mandate. In June 2018, he sent a memo to the Justice Department that was fiercely disapproving of the fact that Mueller is reportedly looking into whether Trump obstructed justice in the events surrounding his firing of former FBI Director James Comey. The obstruction inquiry is based on a “fatally misconceived” theory, Barr wrote, according to the Wall Street Journal.

“As I understand it, his theory is premised on a novel and legally insupportable reading of the law,” Barr wrote. “Moreover, in my view, if credited by the Justice Department, it would have grave consequences far beyond the immediate confines of this case and would do lasting damage to the Presidency and to the administration of law within the Executive branch.”

Ranking Judiciary Democrat Dianne Feinstein issued a statement in December 2018 when Barr’s memo was made public, after Trump had nominated Barr to be attorney general. “The Justice Department has been under relentless attack by this president and it needs a leader who is independent and able to defend the rule of law,” the California Senator wrote. “The Attorney General is charged with protecting the people, not the president.”

But Barr may sound a different note about the special counsel at his hearings on Tuesday. According to his prepared testimony, Barr will tell the Senate Judiciary Committee, “I believe it is in the best interest of everyone — the President, Congress, and, most importantly, the American people – that this matter be resolved by allowing the Special Counsel to complete his work.” He will also say that it is “very important” that Mueller’s findings be made public. “My goal will be to provide as much transparency as I can consistent with the law,” his prepared remarks say.

Barr has been working with a team of lawyers in the Justice Department’s Office of Legal Policy ahead of his appearance before the committee, according to the Justice Department official. They’ve been hosting study sessions and have had at least one “murder board”— or mock committee session — before Tuesday. And he’s also been spending a lot of time studying on his own in the library at his home, according to the official.

As attorney general under President George H.W. Bush, Barr is familiar with a lot of these issues. But that may not be enough to persuade Senate Democrats that he’s the right person for the job, even if it’s unlikely that they’ll have the votes to block his confirmation.

“When it comes to this delicate political situation — the power of the presidency, whether this investigation is warranted,” Illinois Sen. Dick Durbin said Sunday on ABC, “Bill Barr had better give us some ironclad, rock-bottom assurances in terms of his independence and his willingness to step back and let Mueller finish his job.”

Although Senate Minority Leader Chuck Schumer said in a statement after Barr’s nomination that he will have a “steep climb” in order to be confirmed, the math in the Senate indicates that it should actually be quite easy for him to clear this hurdle. Barr needs only 50 senators to support his nomination on the floor, giving Republicans a comfortable margin among their own caucus, and he won Democratic support during his previous confirmation in the 1990s.

Even if Barr gains the support of some Democrats, though, that does not mean they will give him a pass. The most intense round of questioning from Democrats will almost certainly focus on the memo and his thoughts about sharing the Mueller report with the public. Coons said that he was also preparing a series of questions for Barr about his view of executive power and civil liberties.

Barr is likely to win confirmation again, but the path there will be a lot rougher than it was last time. 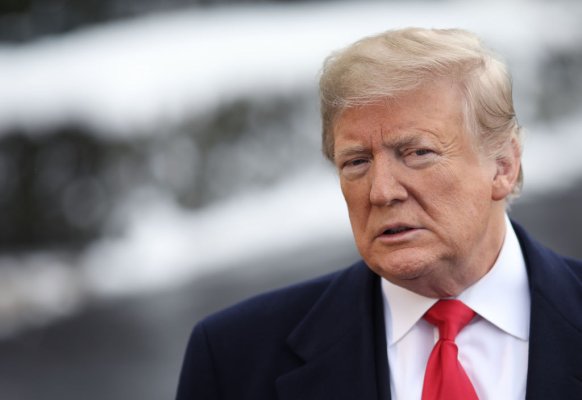 3 Ways the Government Shutdown Could End
Next Up: Editor's Pick