During a Jamal Khashoggi Event, Participants Were Asked to Steer Clear of Saudi Arabia. One Didn't

A general manager of Alarab TV, Jamal Khashoggi, looks on during a press conference in the Bahraini capital Manama, on December 15, 2014.
MOHAMMED AL-SHAIKH—AFP/Getty Images
By Josh Meyer

It was billed as a Capitol Hill memorial to honor Jamal Khashoggi on the 100th day since his murder at the hands of Saudi government operatives, and other journalists killed or imprisoned in the line of duty.

But as U.S. lawmakers and others took turns Thursday evening in issuing generic condemnations of “dictators with checkbooks” and to hail freedom of speech, it became apparent that, even at an event commemorating Khashoggi’s life, criticism of the House of Saud remained just as treacherous a political minefield as it was throughout his career.

“I know we’re not supposed to talk about Saudi Arabia here,” Rep. Michael McCaul, R-Texas, told the invite-only crowd in one of the Capitol’s ornate meeting rooms, before vowing that he and his House Foreign Affairs Committee colleagues “stand committed to protect the rights of the press.”

Then Rep. Tom Malinowski, D-NJ, stepped to the lectern and excoriated Saudi leadership, singling out Crown Prince Mohammed bin Salman for his suspected lead role in Khashoggi’s murder and “the chaos this man has sown, from the war in Yemen to the blockade of Qatar.”

As “the author of the crime, the man who ordered it, [he] must be held accountable,” said Malinowski, a firebrand former human rights advocate and State Department official. “If we decide that he is too powerful or that our relationship with him is too important to speak the truth, then he owns us, and Saudi Arabia owns America, and I cannot accept that as a member of Congress.”

Malinowski then called on the White House to use the Global Magnitsky Act to warn the House of Saud that “while you may choose your own leaders, you might want to consider the consequences of giving the keys to your kingdom for the next 50 years to someone who will be forever tainted by this crime.”

“And if the administration won’t do what’s right, Congress can and I think Congress will,” Malinowski told the assembled GOP and Democratic lawmakers and human rights activists. “We can and should wipe the smug smile of impunity off Mohammed bin Salman’s face, and restore proper balance to our relationship with Saudi Arabia.”

Afterward, as the VIP guests mingled and went out into a mostly shut-down Washington, several approached Malinowski to congratulate him for being the only one to call out MBS, as the de-facto Saudi leader is known. “I didn’t get the memo,” he replied to one friend and a reporter.

Malinowski was joking, he said. It turns out, though, that there was such an edict, or rather an informal but mostly honored request that speakers refrain from criticizing Saudi Arabia or engaging in related geopolitical commentary.

Rep. McCaul declined to comment on who initially made the request, as did some event organizers and participants on Friday. They did say it didn’t come from the office of Rep. Adam Schiff, a key Democrat from California praised Thursday for helping organize the event. It also didn’t come from the two initial organizers, Khashoggi friend and author Lawrence Wright and former FBI Special Agent Ali Soufan, numerous participants said.

Wright, the author of the acclaimed book “The Looming Tower: Al-Qaeda and the Road to 9/11,” said some of the initial concerns may have arisen when The Washington Post, which published Khashoggi’s columns, wanted to participate but “was initially worried that it would turn into a Saudi-bashing.” Ultimately, though, the Post ran a full-page newspaper ad Thursday honoring the 100 days with a huge photo of MBS. And in remarks at the event itself, Post Publisher Fred Ryan said “the brutality of Jamal’s murder … extends to Saudi efforts to cover it up, and our government’s apparent willingness to accept these repeated lies…”

But several people involved in planning and promoting the event confirmed that speakers were asked to steer clear of Saudi Arabia and keep their remarks non-political.

“We all wanted the focus of the event to be on Mr. Khashoggi’s life, his work and his legacy as well as on journalists that are under threat worldwide,” said one congressional staffer. “Ultimately, the event was a celebration of his life and a call to protect freedom of the press.”

Another participating Hill staffer said event hosts “wanted the focus to be on press freedom and protecting journalists, and that it not turn into a debate on U.S.-Saudi policy.”

“I didn’t see anything coming close to an ‘edict,'” the second staffer said, “just a respectful request to that end.” Both staffers spoke on the condition of anonymity because they were not authorized to discuss the event.

For Malinwoski, the irony of celebrating a martyr to press freedom with an event that called for self-censorship was hard to ignore. In an interview Friday, he said he singled out MBS and other Saudi leaders because he believes it is impossible to condemn the silencing of journalists without also condemning those responsible for it.

Killing Khashoggi inside a Saudi consulate in Istanbul last Oct. 2 wasn’t just another in a long line of attacks on journalists, he said, but rather “something very different, and particularly dangerous to all of us — an attack on the sovereignty of another country and an outrageous misuse of the diplomatic status of a foreign embassy.”

During the event, lawmakers from both sides of the aisle presented no new information about their inquiries into the Khashoggi case, or their efforts to hold Saudi Arabia accountable.

But many pledged to take forceful action to protect and defend journalists, including several senior House Democrats who are now leading influential committees with oversight of issues related to the oil-rich Gulf kingdom.

As incoming chairman of the House Intelligence Committee, Schiff has expressed a keen interest in getting more answers from Riyadh about Khashoggi’s case. But he did not raise the issue in detail Thursday, focusing instead on journalists.

Khashoggi was just one of at least 53 journalists targeted and killed in 2018, with many other cases “largely unknown,” said Schiff, who co-founded the International Freedom of the Press Caucus in 2006.

“We will not stand idly by,” he added. “Not when Jamal Khashoggi is lured to a ruthless death. Not when journalists in Mexico are shot in the streets. Not when an American journalist, Austin Tice, is believed alive and held hostage in Syria for six years.”

He too steered clear of criticizing Saudi Arabia for a murder for which it has admitted responsibility, saying instead that, “there needs to be accountability for his murder. His loved ones deserve justice. And we lawmakers have an obligation to push for that justice.”

Like other speakers, Engel provided no specifics of what steps Congress might take to achieve such ends.

Privately, however, Engel “has committed to a top-to-bottom review of U.S. policy toward Saudi Arabia,” one of the congressional staffers told TIME on Friday. The staffer added that they were “not 100 percent sure what that will look like, but stay tuned.” 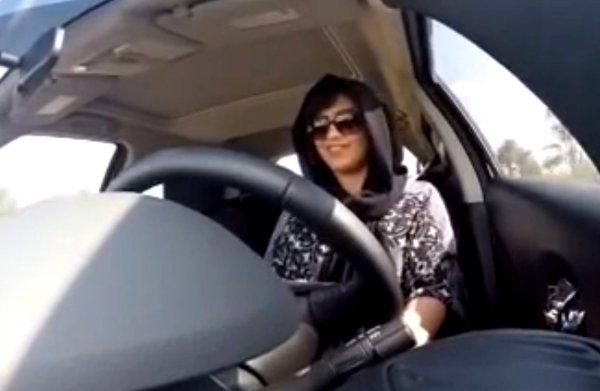