The couple, who tied the knot in an epic Hindu wedding ceremony in Mumbai in November 2018, initially went on a mini-honeymoon in Oman, which they later followed up with a trip to Switzerland with Jonas’ family. On Thursday, however, Jonas let his followers know the whereabouts of Chopra and himself (or as he termed it, “Mr. & Mrs. Jonas”) when he posted a photo of the pair from an island located somewhere in the Caribbean.

Fans of the singer also saw on his Instagram story that the pair have been enjoying the beach during their honeymoon; Jonas posted a video of Chopra swinging on a rope swing on the beach.

See the sweet photos of Priyanka Chopra and Nick Jonas on their Caribbean honeymoon below. 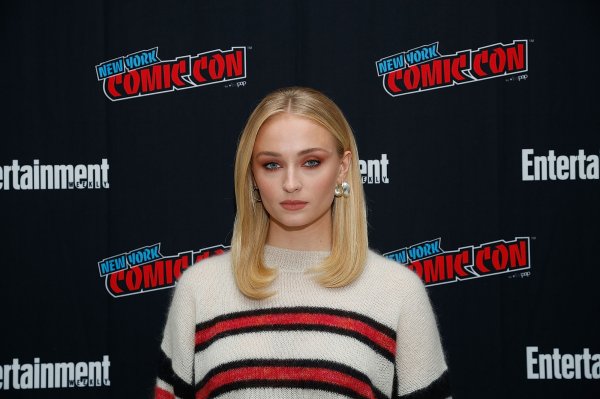 Sophie Turner Calls Out Piers Morgan for His Tweets About Mental Health
Next Up: Editor's Pick