Scientists May Have Solved One of Easter Island's Most Puzzling Mysteries

Scientists believe they may have solved one of the many mysteries of Easter Island’s enigmatic statues: why they are there.

A new study says the stone monoliths dotting the remote Pacific island might have been placed to point the way to drinkable water. Many of them were built on ancient platforms located near freshwater resources, according to the study published in the journal Plos One on Thursday. The discovery could give scientists further insight into the little-known civilization that inhabited the island, including how they survived in an under-resourced environment.

“What is important about it is that it demonstrates the statue locations themselves are not a weird ritual place,” but were “integrated into the lives of the community,” said Carl Lipo, professor of anthropology at Binghamton University and a co-author on the research, according to the Guardian.

Easter Island’s indigenous people, known as Rapanui, built nearly 1,000 anthropomorphic statues from the 13th century until they came into contact with European explorers in the 18th century. But the purpose of the statues, known as moai, and platforms they stand on, or ahu, has long puzzled scientists.

The team examined 93 ahu to determine whether their “spatial distribution” could be linked to “resources thought to be the focus of competition in precontact times.” They focused on three provisions: agricultural gardens, fishing grounds and fresh water, a crucial resource on an isolated island that lacks permanent surface freshwater.

The study’s authors found that the ahu corresponded with underground aquifers as well as locations where fresh groundwater ran off into the ocean, creating a briny mix that may have been drinkable. Contemporaneous records from European explorers observed that the Rapanui relied on “brackish” water collected in gourds and “drank pretty plentifully” from the ocean.

“Every time we saw massive amounts of fresh water, we saw giant statues,” Lipo said. “It was ridiculously predictable.”

The theory accounts for why ahu are found in both coastal and inland areas. The authors suggested that the size of the moai and ahu could even have indicated the quantity and quality of water at a site, demonstrating competition between settlements, or a vital signpost that could have proved lifesaving. 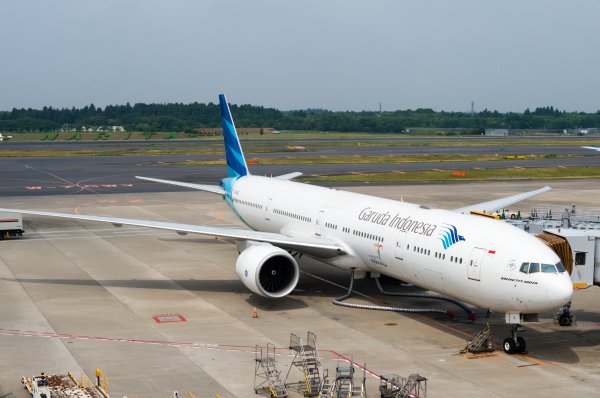 Indonesian Airline Pilots Live Concerts Above the Clouds
Next Up: Editor's Pick