As the hosts of the 2019 Golden Globes, Andy Samberg and Sandra Oh had some jokes that hit and some that missed the mark. But it turns out that some of the quips with high laugh potential apparently didn’t make the final cut for the 76th Golden Globes.

During a Wednesday night appearance on Late Night With Seth Meyers, Samberg took the opportunity to rattle off several — read: 18 — of the jokes that were ultimately scrapped from he and Oh’s awards show dialogue. And while it’s true that some of the rejects probably would have flopped, there were a few that almost certainly would have cracked viewers up.

The best of the bunch included, “Crazy Rich Asians is up for two awards…and crazy rich white people are up for the remaining 200,” as well as, “Roma is such an emotional experience. When it was over, I literally sat there and cried for a full five seconds before Netflix started blasting a new movie where Kurt Russell plays Santa Claus.”

Judge the remaining 16 — including one that was written by Meyers — for yourself in the clip below. 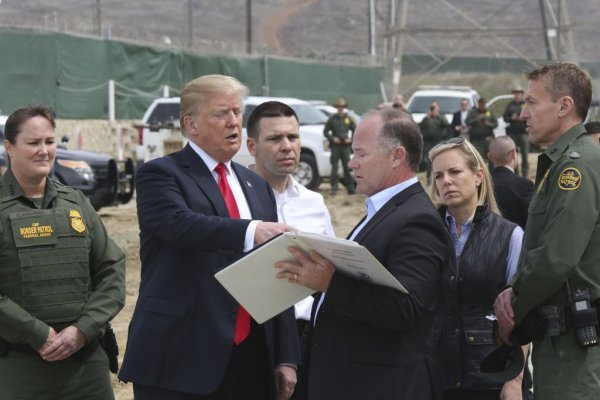 If you Encounter a Wall, "Go Through It" Trump Said in 2004
Next Up: Editor's Pick