Kids grow up so fast these days. Just yesterday, it might seem, Jennifer Aniston was still playing her iconic role as Rachel Green on Friends — and her baby on the beloved sitcom, Emma Geller-Green, was played by a set of twins named Noelle and Cali Sheldon.

Fourteen years later, and the Sheldon sisters are set to be back on screen, now age 16 — and this time in a movie, not a TV show. And they’ve landed a prime gig for their star-making return, working under Jordan Peele on his hotly anticipated follow up to Get Out, Us. Their coworkers: actors including Lupita Nyong’o, Elisabeth Moss and Winston Duke. For child actors who got their start without a speaking role, that’s a pretty good development on the career front.

They’ve had parts since friends, mostly in TV shows (like Life) and a handful of short films, so clearly their Hollywood ambitions did not wane after their run on Friends ended. But this will be their most high-profile return to screen to date. It’s not clear what roles they play yet — while their names are listed on the movie’s IMDB, the character names remains mysteriously blank — but we’ll all soon know when the thriller comes out in March. And with that, our memories of baby Emma will be forever changed. 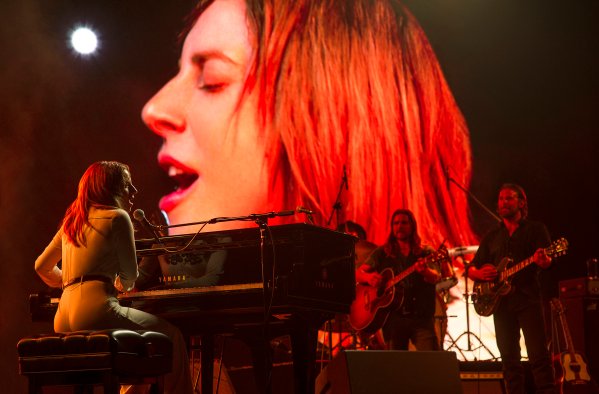 How A Star Is Born's Music Hit the Sweet Spot
Next Up: Editor's Pick