Kelleher, shown in 2005, was a prominent figure in the Dallas business community throughout his career
David Woo—Corbis/Getty Images
Ideas
By Robert Crandall
Crandall is a former president, CEO and chairman of American Airlines

As the co-founder and CEO of Southwest Airlines, Herb Kelleher—who died at 87 on Jan. 3—was my competitor, but he was also a nice guy. Since neither of us could see any point in being unpleasant, we developed a friendship during several years of growth for both Southwest and American Airlines.

In fact, we used to do gags back and forth. At one point Herb painted one of his airplanes like a whale and called it Shamu. I called him up and said, ‘What are you gonna serve on this plane, whale-sh-t mousse?’ A couple of days later, the phone rang in my office and the receptionist told me that somebody from Southwest came by and left me something. It was a pie pan of chocolate pudding with a little sign in the middle that said whale-sh-t mousse. He had an effervescent sense of humor and liked to take ordinary situations and turn them into fun events if he could.

At the same time, he was running an airline that turned out to be a great success. He was a pioneer in low-cost air travel, boiling the business down to essentials. His underlying notion was that if you deliver a quality product and treat people well, customers will come back and employees will do their best. Herb was a man of great integrity. We need more leaders like him.

Crandall is a former president, CEO and chairman of American Airlines 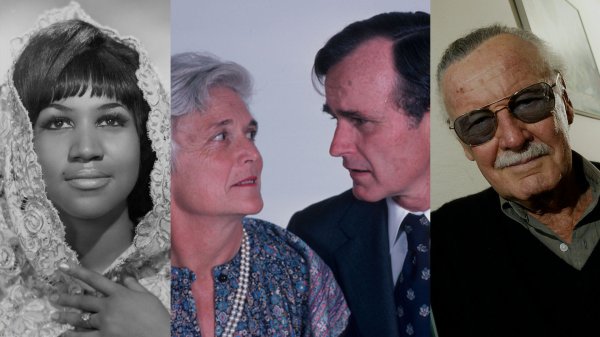 These Were the Biggest Icons and Stars We Lost in 2018
Next Up: Editor's Pick