It’s a human rights and education issue, and it’s one that the U.K. government has a legal obligation to address. George’s new campaign, launched this week, aims to make it so they do just that.

Just over a year ago, George helped lead two thousand protesters in a rally in front of the prime minister’s residence. Their grievance: the lack of free period products in schools leads to as many as one in ten girls skipping school regularly in the U.K., according to Plan International UK.

Her accompanying petition garnered nearly 200,000 signatures, but George is just getting started.

“We need to make it very clear that we want to see equal access to education for all young people,” she tells TIME.

Now, George—who was named one of TIME’s 25 Most Influential Teens just last month—is continuing her crusade for “Free Periods” by raising money for the legal fees needed to push the government for a permanent solution to the period poverty problem by providing free pads and tampons in schools. While 2018 saw the government set aside £1.5 million to address this challenge, it’s not enough, George argues.

“It’s definitely not a long term or sustainable solution,” she says about last year’s results. “Under the Equality Act, we know that the government has an obligation to make sure that all children are in school. So we wouldn’t actually be changing a law; we’d just be trying to get the government to comply with a law that already exists.”

In its first day, George’s campaign has already raised over half of their goal of £10,000, or about $12,795, setting the stage for the Free Periods project to move forward, working with the human rights team at a London law firm to build a robust case to present to the government. “There’s definitely been a shift in the conversation. Everyone who has a period is starting to question why they are taboo,” George says of the progress so far. “Periods are seen as a women’s issue, so men don’t feel they need to be informed or involved in the conversation. It should be seen as an issue, as opposed to specifically a women’s issue.”

George started her first petition “spontaneously” at 17 and is now a student studying history at Cambridge University, with thousands of supporters backing her campaign. But that’s just for the U.K.—and access to appropriate menstrual supplies is a problem around the world; even the Duchess of Sussex Meghan Markle has spoken on the topic. “If you feel you want to do something, there’s strength in numbers,” George says of others who might want to follow her lead. “That’s how change happens.” 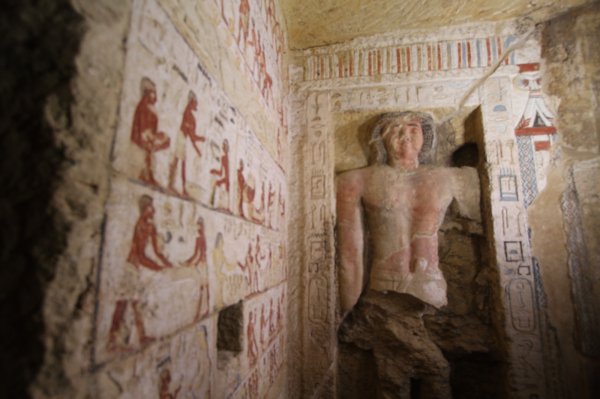 Experts Are Delighted At How Great This 4,400-Year-Old Tomb Looks
Next Up: Editor's Pick