A woman whose car was crushed by a falling freeway sign in Australia on Tuesday has survived the accident.

In terrifying footage captured by the dashcam of the driver directly behind the car involved in the incident, a massive road sign suspended over Melbourne’s Tullamarine Freeway can be seen caving in the roof of the vehicle of 53-year-old Nella Lettieri, according to 9NEWS.

Lettieri was reportedly taken to the Royal Melbourne Hospital with neck injuries and is in stable condition. Transportation officials are currently investigating the cause of the accident and inspecting similar signs for issues.

Major Road Projects Authority delivery director Graeme Chambers told Melbourne radio station 3AW that the wind was not a factor and that the problem appeared to be with the sign’s connection to the overhead gantry support structure.

“It [will be] all subject to detailed and thorough investigation,” Chambers said, according to The Sydney Morning Herald. “It is an extremely rare event. We last night mobilised our engineers as soon as we learnt of the incident. 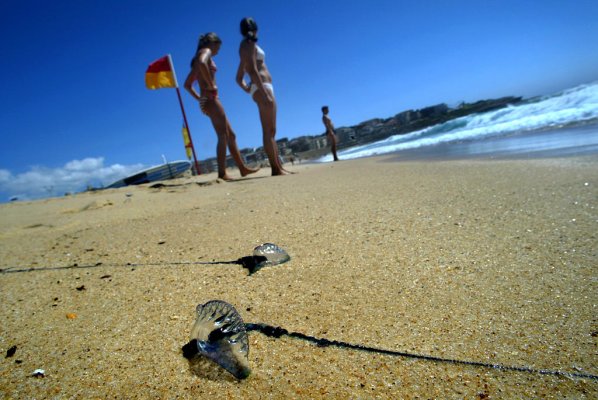 Thousands Stung by Jellyfish on Beaches in Australia
Next Up: Editor's Pick