Comcast’s proposed $45 buyout of Time Warner Cable is “unthinkable,” a coalition of more than 50 public interest groups wrote in a letter to U.S. regulators on Tuesday. The merger, which would combine the two largest cable companies in the country, would harm competition while offering no “tangible benefits” to consumers, according to the groups, which urged regulators to block the deal because it would give Comcast too much market power.

The letter, which was signed by Public Knowledge, Free Press, Consumers Union, the New America Foundation and other prominent consumer advocacy groups was sent to Attorney General Eric Holder and Federal Communications Chairman Tom Wheeler 24 hours before a senior Comcast executive is set to testify about the deal before Congress Wednesday.

The Justice Department, along with more than two dozen state attorneys general, is examining the proposed merger to ensure it doesn’t violate antitrust law. The FCC, meanwhile, is charged with ensuring that the deal serves the public interest. Critics say the merger would concentrate too much market power in the hands of a single corporate giant, potentially harming competitors and the broader public interest.

“The Comcast-Time Warner Cable merger would give Comcast unthinkable gatekeeper power over our commercial, social and civic lives,” the groups wrote. “Everyone from the biggest business to the smallest startup, from elected officials to everyday people, would have to cross through Comcast’s gates. Given these clear and present dangers and the complete lack of any tangible benefits, it’s clear that the union of the nation’s No. 1 and No. 2 cable companies is not good for competition or in the public interest.”

Comcast says that the deal isn’t anticompetitive because it doesn’t currently compete with Time Warner Cable for customers in any of the same geographic markets. (Over the last few decades, the nation’s largest cable TV companies have divided up the U.S. by city and region so that the major players now dominate their respective areas. For example, Comcast controls Philadelphia, Chicago and Boston, while Time Warner Cable is dominant in New York City, Dallas and Los Angeles. Time Warner Cable was spun off from TIME parent company Time Warner in 2009).

However, critics of the deal warn that the merger could give Comcast unprecedented “monopsony” power — which is one buyer with many sellers, as opposed to “monopoly” power, which is one seller with many buyers — in the market for programming. Such monopsony power could mean downward pressure on prices for consumers, but only if Comcast chose to pass those savings on to them. That seems unlikely. “We’re certainly not promising that customer bills are going to go down or even increase less rapidly,” Comcast executive vice president David L. Cohen told reporters when the deal was announced.

Mark Cooper, director of research at the Consumer Federation of America, wrote in a report about the deal released Tuesday that Comcast could use its new monopsony power to “increase its profits by paying less for the goods and services it buys and charge more or gain market share for its own products by using its buyer power.” Such market power could ultimately harm consumers, according to Gene Kimmelman, president and CEO of Public Knowledge, because it would enable Comcast to “demand less than market prices for programming. Programmers will seek to make up lost revenues by increasing prices to other distributors, harming the ability of smaller distributors to compete and raising prices to consumers.”

Even still, Cooper says the fact that Comcast and Time Warner Cable don’t currently compete for cable customers illustrates the lack of competition that already exists in the market — even before the proposed merger.

“Far from excusing the merger from antitrust and Communications Act scrutiny,” Cooper wrote, “the fact that Comcast and Time Warner do not compete head-to-head merely reminds us of the sad state of horizontal competition in the video distribution markets that they dominate in their local areas — broadband Internet access and multichannel video.”

The lack of competition created by decades of industry consolidation has created a situation where the dominant companies have little incentive to improve broadband speeds and service. The World Economic Forum recently ranked the United States 35th out of 148 countries in Internet bandwidth. In the U.S., Comcast and Time Warner Cable, the two largest cable providers, ranked 15th and 16th, respectively, in customer satisfaction among 17 television service providers, according to a recent study by Consumer Reports. Meanwhile, the cost of cable subscriptions has significantly outpaced inflation, Consumer Reports found.

“Both Comcast and Time Warner Cable rank very poorly with consumers when it comes to value for the money and have earned low ratings for customer support,” says Delara Derakhshani, policy counsel at Consumers Union. “A merger combining these two huge companies would give Comcast even greater control over the cable and broadband Internet markets, leading to higher prices, fewer choices, and worse customer service for consumers.” She added: “The FCC and Department of Justice should stand with consumers and oppose this merger.”

Federal policymakers at the Justice Department and the FCC are now confronted with a difficult decision: Should the two largest cable companies in the country be allowed to merge, creating a media and communications giant of unprecedented scope and scale? In a context where the U.S. lags behind other industrialized countries in broadband speeds, does the merger benefit consumers? Last year, the Obama administration declared that “the delivery of fast, affordable and reliable broadband service to all corners of the United States must be a national imperative.” Regulators must now decide if Comcast’s proposed merger with Time Warner Cable advances that agenda. 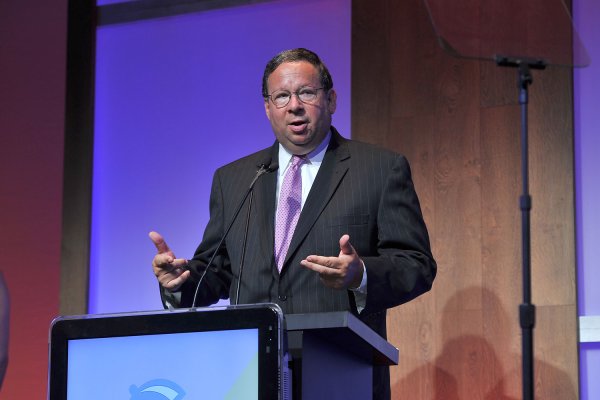 Comcast Faces the Senate
Next Up: Editor's Pick