Everyone knows that the Golden Globes are the biggest party of awards show season: it’s a dinner event, after all, with plenty of champagne at hand. But the truth is that the food is served before most of the stars even walk the red carpet, let alone sit down for a bite.

Melissa McCarthy, now an awards show veteran, wasn’t about to let some timing issues get in the way of dinner for her fellow stars, however. McCarthy, who was nominated during the evening for lead actress in Can You Ever Forgive Me?, came prepared with 30 small ham and cheese sandwiches from Los Angeles deli staple Joan’s on Third.

“I’ve been handing them out to everyone,” McCarthy told Variety about her sandwich situation. “Next year, I’m bringing hot dogs.”

Turns out McCarthy was right to bring the snacks: winning actress Olivia Colman even gave McCarthy a shout-out during her prize acceptance speech.

Despite coming through for her fellow actresses on the sustenance side, McCarthy ended up losing out on the Golden Globe to Glenn Close, who was nominated for her lead role in The Wife and won in something of an upset in a category also populated by Lady Gaga, Nicole Kidman and Rosamund Pike. 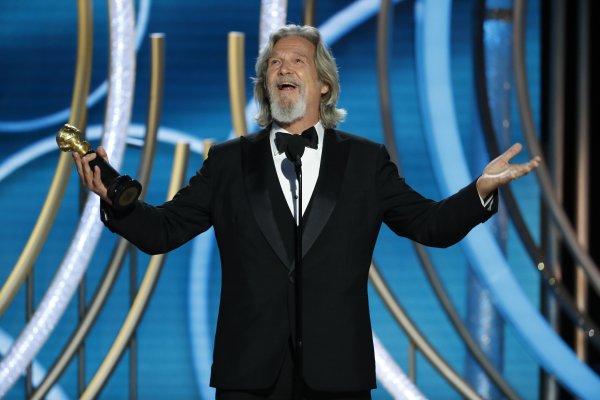 The Internet Was Laughing About That Geodesic Dome Jeff Bridges Mentioned. Here's What to Know
Next Up: Editor's Pick