Though A Star Is Born was a hit with critics and at the box office, the Hollywood Foreign Press Association didn’t celebrate the film as much as fans had hoped. At the 76th annual Golden Globes, Bradley Cooper’s directorial debut won only one award of its five nominations.

The film won Best Original Song (Motion Picture) for its hit single “Shallow,” performed by Cooper and his co-star Lady Gaga, who co-wrote it with Mark Ronson, Anthony Rossomando and Andrew Wyatt.

Lady Gaga had her share of moments during the Golden Globes, from being the subject of a joke during Sandra Oh and Andy Samberg’s opening monologue to accepting the award for Best Original Song along with Ronson. Cooper, who was nominated for Actor in a Motion Picture (Drama) and Director of a Motion Picture, appeared onstage only as a presenter.

It remains to be seen how the performance of A Star Is Born at the Golden Globes might affect its chances at the Academy Awards. But if the Twitterverse had a say, the outcome would be clear. 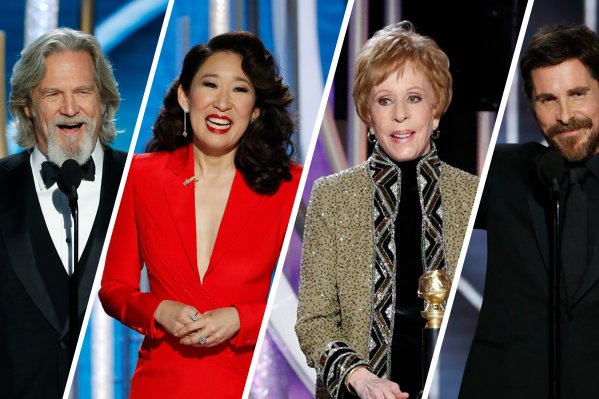 The Best, Worst and Most Surprising Moments of the 2019 Golden Globes
Next Up: Editor's Pick