Christian Bale's British Accent Shocked Everyone at the 2019 Golden Globes

Christian Bale, who is well known for playing a number of iconic American characters, shocked viewers all over at the 76th annual Golden Globes when he delivered a speech in his real-life British accent.

The Welsh-born Bale accepted the Best Actor award at the Golden Globes for his role as Dick Cheney in Adam McKay’s Vice. In an acceptance speech that involved thanking Satan for giving him inspiration for his character, people were most surprised at Bale’s real accent.

The shock quickly turned to disbelief at how Bale sounds like many famous British characters notable for their accents. 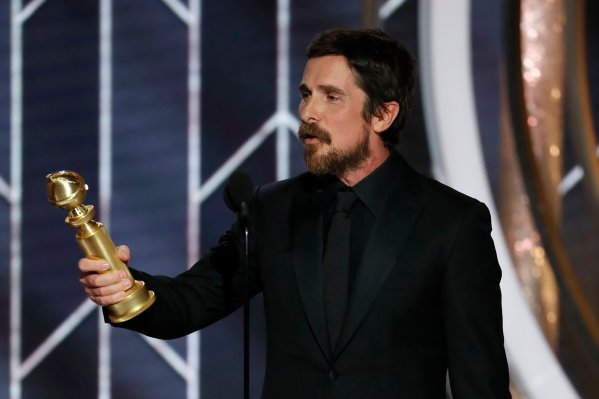 Christian Bale Just Thanked Satan For Inspiring His Performance as Dick Cheney in Vice
Next Up: Editor's Pick