(Bloomberg) — After nearly two months of violent protests and billions of euros in tax cuts to try to restore calm across France, Emmanuel Macron’s government is counting on a vast, potentially risky public debate to keep his presidency on track.

Ministers used broadcast appearances Sunday to promote Macron’s plan for three months of discussions in town halls and online about ecology, taxes, citizenship and democracy, and the organization of public services. The debate will be the foundation for new measures and draft laws introduced as early as April.

“I believe deeply that the big debate is the best way to bring French people back together and bring them back to the negotiating table,’’ Finance Minister Bruno Le Maire said in an interview on Europe1.

Macron’s debates are a risky exercise that will likely force the government to strike a delicate balance. If he is seen ignoring the wishes of people, it could stoke further anger. But Macron is also determined to continue with his major reforms and not undo what he’s achieved so far.

The process comes at a crucial moment in Macron’s five-year term, which he began with a flurry of unpopular economic overhauls. The Yellow Vest protests over taxes and other issues have tested his resolve to keep up the pace of reform and already forced the French leader into U-turns on tax policies that will prove costly for public finances.

The next reforms Macron penciled in include overhauls of the country’s pension and unemployment services, as well as changes in the state bureaucracy and public services.

About 50,000 people took to the streets across France Saturday for the eighth week of the so-called Yellow Vest protests. While the demonstrators were mainly peaceful, a small group smashed the entrance to the ministry of government spokesman Benjamin Griveaux.

Even before the debate starts, ministers sought to limit its scope.

“There will be invariables that will be defined in a letter from the head of state to French people, as well as questions that are very open,’’ local government minister Sebastien Lecornu said in an interview Sunday with French newspaper Le Parisien.

One potential clash is over Macron’s abolition of a wealth tax that many Yellow Vest protesters want to see reinstated. A survey by Ifop of 1,003 people published in Sunday’s edition of the Journal Du Dimanche showed 77 percent of French people favor the tax, known as the ISF.

Le Maire, however, ruled out bringing back the ISF or unpicking other tax reforms that he said French people supported by electing Macron in May 2017.

“It would be progress by moving backwards. As a general rule that doesn’t take you far,’’ Le Maire said.

Macron’s attempt to bring people to the negotiating table will be organized by France’s CNDP, an independent commission dedicated to organizing national debates. It will be based mainly on organizing at a local level by anyone from a family to a labor union, president of the CNDP Chantal Jouanno said in an interview with Journal Du Dimanche.

“There has never been, neither in France nor abroad, such a vast public debate,’’ Jouanno said. 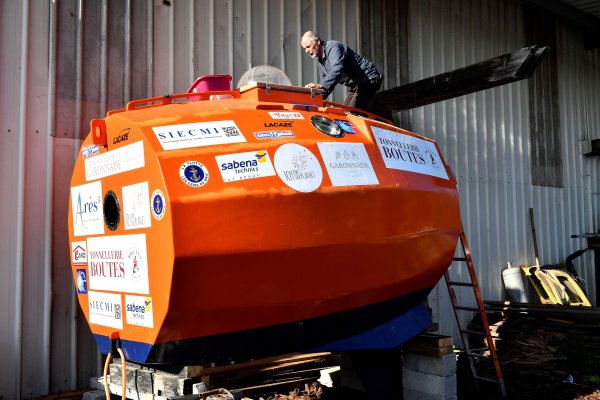 A 71-Year-Old French Man Is Making His Way Across the Atlantic Ocean in a Barrel
Next Up: Editor's Pick